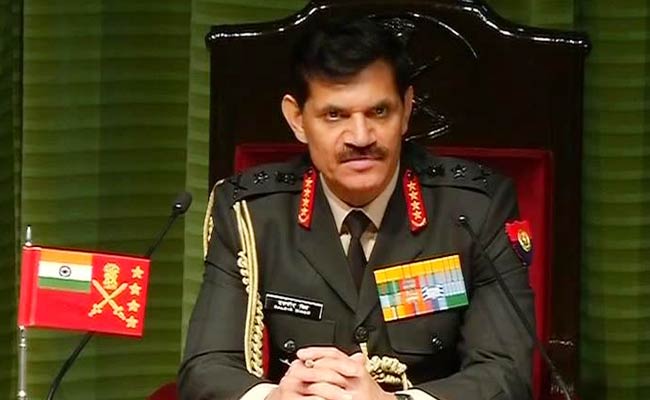 Army chief General Dalbir Singh Suhag will attend an inaugural UN conference on peacekeeping operations later this week that will bring together the defence chiefs of UN member states.

UN Secretary-General Ban Ki-moon will open the first 'Chiefs of Defence Conference' organised by the Departments of Peacekeeping Operations and Field Support on March 27.

India, the largest contributor of troops to UN peacekeeping operations, will be represented by General Suhag.

While Pakistan's Army Chief General Raheel Sharif was originally scheduled to participate in the conference, sources here told PTI that he would not be attending the meet and will be represented by one of his corps commanders.

India has contributed more than 180,000 peacekeepers in 44 UN peacekeeping missions so far and has lost 158 of its soldiers in these missions, the highest by any country, serving in the line of duty.

The day-long conference will focus on UN peacekeeping operations in the current political, strategic and operational environment as well as on the future of UN peacekeeping.

Discussions would also focus on challenges and opportunities for mission support in peacekeeping operations and performance challenges in the current security environment.

Promoted
Listen to the latest songs, only on JioSaavn.com
Mr Khare, a senior Indian diplomat, was in January appointed by the UN Chief as head of the UN Department of Field Support (DFS), an appointment that made him one of the highest ranking Indian officials in the UN system.