Both sides highlighted importance of such meetings for maintenance of Peace and Tranquility along the Line of Actual Control (LAC). 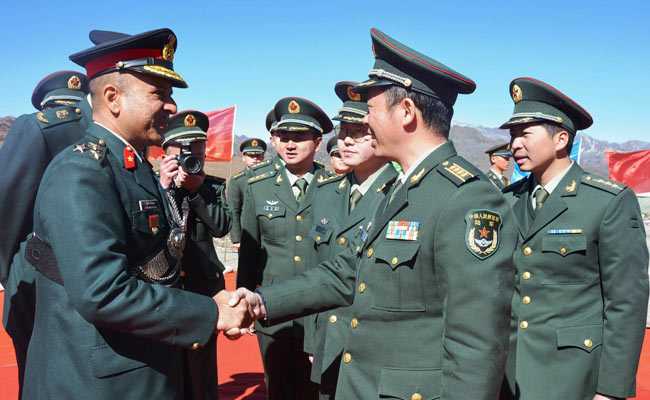 The Indian delegation was led by Brigadier Zubin Bhatnagar. (PTI)

Indian Army and China's People's Liberation Army on Tuesday held a military border personnel meeting on the Chinese side at Bum-La, a defence official said.

The meeting began with the Indian delegation being received by PLA at the famous Heap of Stones at Bum-La Pass, followed by rendition of national anthems and a formal meeting between the two delegations, the statement said.

Both sides highlighted importance of such meetings for maintenance of Peace and Tranquility along the Line of Actual Control (LAC).

The BPM mechanism in Bum-La sector was established in 1990, for enhancing interaction between the border guarding troops of the two sides.

"The delegations interacted in a friendly environment and parted with a feeling of commitment towards enhancing cooperation and maintaining the peace along the LAC. Both sides reaffirmed their commitment to uphold the agreements and protocols signed between their governments to maintain peace and tranquillity along the borders," the statement stated.