Arecibo Message: Forty-four years ago today, a group of scientists gathered at the Arecibo Observatory amidst the tropical forests of Puerto Rico to humankind's first attempt at communication with intelligent life beyond our own planet, Google said. 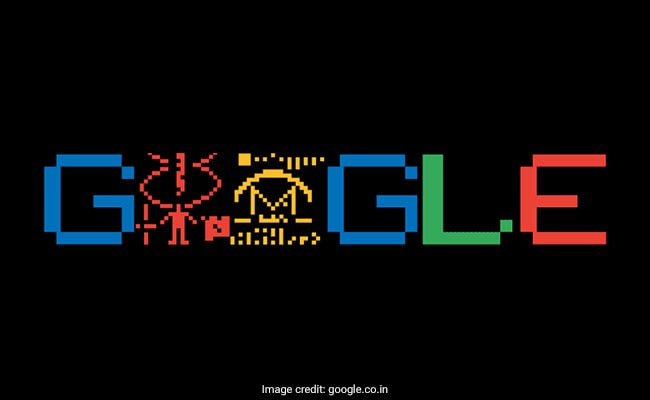 Google doodle today celebrates the 44th anniversary of Arecibo message, an interstellar message sent to a star cluster in the space with anticipation that extraterrestrial intelligence may receive and decipher it.

Forty-four years ago today, a group of scientists gathered at the Arecibo Observatory amidst the tropical forests of Puerto Rico to humankind's first attempt at communication with intelligent life beyond our own planet, Google said.

The three-minute radio message - a series of exactly 1,679 binary digits (a multiple of two prime numbers) which could be arranged in a grid 73 rows by 23 columns-was aimed at a cluster of stars, M-13, 25,000 light years away from earth.

The broadcast was powerful because it used Arecibo's megawatt transmitter attached to its 305 meter antenna. The latter concentrates the transmitter energy by beaming it into a very small patch of sky.

This historic transmission was intended to demonstrate the capabilities of Arecibo's recently upgraded radio telescope, whose 1000-foot-diameter dish made it the largest and most powerful in the world at the time, Google said.

"Since the Arecibo Message will take roughly 25,000 years to reach its intended destination (a group of 300,000 stars in the constellation Hercules known as M13), humankind will have to wait a long time for an answer. How long? In the 44 years since it was first transmitted, the message has traveled only 259 trillion miles, only a tiny fraction of the 146,965,638,531,210,240 or so miles to its final destination," Google explained.

Dr Frank Drake, then at Cornell University and creator of the Drake equation, wrote the message with help from Carl Sagan, among others.