The Rahman posted image's caption 'Tamizhanangu' is obviously a pointer to invocation song to mother Tamil. 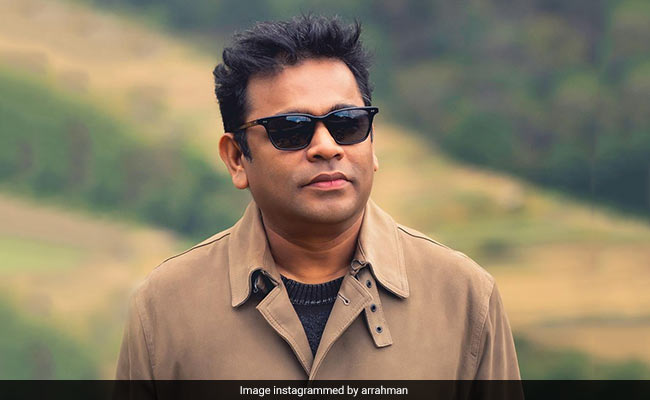 The main opposition in Tamil Nadu, AIADMK on Saturday said people may learn Hindi on their own volition but imposition of the language is unacceptable.

An image posted by Oscar winning music composer A R Rahman on Tamil language has meanwhile led to an animated debate in the social media on languages.

The former Chief Minister said his party stood firm in the two language policy of Tamil and English in keeping with the ideology of Annadurai. "#StopHindiImposition," Panneerselvam said.

Reacting to Amit Shah's statement on April 7 that Hindi should be accepted as an alternative to English and not to local languages, Chief Minister M K Stalin had said that it would wreck the nation's integrity.

The Rahman posted image's caption 'Tamizhanangu' is obviously a pointer to invocation song to mother Tamil.

A line, appearing as a footnote to the image, is from a popular poem of celebrated Tamil nationalist poet Barathidasan and it denotes that Tamil language serves as the root to the rights of the Tamil people.

An artistic depiction of a white saree clad woman in the centre, against a background of red is seen as a subtle reference to mother Tamil and opposition to imposition of Hindi.

While a section of social media users lauded Rahman saying he has posted this image with a red background to denote opposition to Hindi and full support to Tamil, there were others who questioned him on the intent behind posting the image.

A user, replying to the top notch musician alleged that Rahman built his career, earned money and fame and everything by doing Hindi movies and now started targeting Hindi.

On Thursday, Presiding over the 37th meeting of the Parliamentary Official Language Committee in Delhi, Shah had said Prime Minister Narendra Modi decided that the medium of running the government is in the official language and this would definitely increase the importance of Hindi.