Apprehension That We Are Going Chinese Way: Infosys' Former Top Official On New IT Rules

"India is one of the large social media ecosystem in the world which is free till now and the apprehension is that we are going the Chinese way", Information Technology industry veteran V Balakrishnan said. 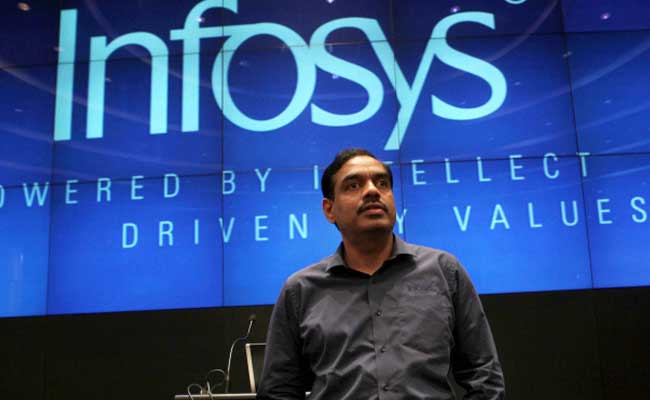 Information Technology industry veteran V Balakrishnan on Thursday criticised the new digital rules, alleging that they appear to be unduly compromising the privacy right of citizens.

The two key issues with the new IT rules relate to user privacy which is a fundamental right and the oversight mechanism lying fully with the executive arm of the government, said the former Chief Financial officer of Bengaluru-headquartered IT major Infosys Ltd.

"India is one of the large social media ecosystem in the world which is free till now and the apprehension is that we are going the Chinese way", he told PTI.

Asked about government statement that the new rules are only designed to prevent abuse and misuse of social media, he said the World Press Freedom Index 202O produced by "Reporters Without Borders" ranked India at 142nd out of 180 countries.

"In the last few years we had seen the independence of many institutions getting undermined", said Mr Balakrishnan, who unsuccessfully contested as an Aam Aadmi Party candidate from Bengalore Central Lok Sabha seat in the 2014 general elections.

"There is a general lack of trust in the government today", he alleged.

"With this background the new rules look like unduly compromising the privacy right of citizens as also providing unfettered right in the hands of the executive government. I think these issues need to be addressed".

On Twitter's statement that it's concerned over "intimidation tactics" by police, and potential threat to freedom of expression, Mr Balakrishnan said: "I think the concerns of Twitter are real".

He added that there should be an independent oversight mechanism outside the government with judicial oversight.

"At present, as per rules, it is with the executive arm of the government which is a big worry especially considering the track record of the current government in handling such issues", Mr Balakrishnan said.

In the new digital rules, social media companies like Facebook, WhatsApp and Twitter have been asked to identify within 36 hours the origin of a flagged message as well as conduct additional due diligence, including the appointment of a chief compliance officer, nodal contact person and resident grievance officer.

According to Twitter, the company is particularly concerned about the requirement to make an individual (the compliance officer) criminally liable for content on the platform, the requirements for proactive monitoring, and the blanket authority to seek information about its users.

This, it said, represents dangerous overreach that is inconsistent with open, democratic principles.

The government on Wednesday strongly defended its new digital rules, saying the requirement of messaging platforms like WhatsApp to disclose origin of flagged messages does not violate privacy, and went on to seek a compliance report from large social media firms.

The UK, the US, Australia, New Zealand and Canada require social media firms to allow for legal interception, the IT Ministry had said, adding, "What India is asking for is significantly much less than what some of the other countries have demanded".