The worst-hit areas are plateaus of Shopian, Pulwama and Budgam districts where thousands of trees have been affected. 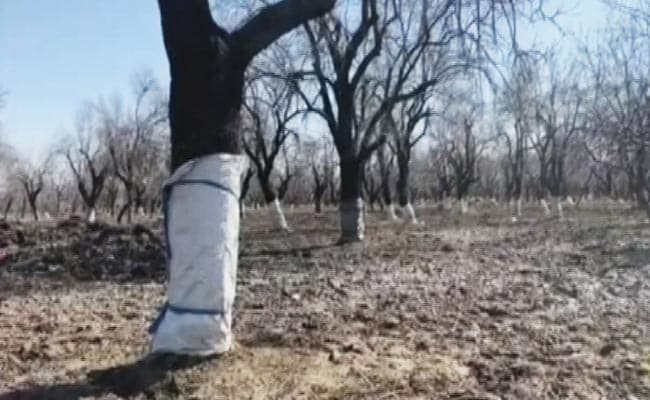 Thousands of farmers in the Kashmir Valley are facing a new and unusual enemy to their livelihood - porcupines - large, thorny rodents that are attacking almond and apple trees.

The orchardists are now covering the stump of trees with wire mesh and jute bags as a shield. The farmers say, fruit trees have become a target during winter months.

"It is attacking trees during winters - it peels the bark of fruit tree. Eventually the tree dies within one year. It has caused massive damage. Now it is attacking apple trees after targeting almonds," said Ghulam Nabi Dar, a farmer in Pulwama.

The farmers say all their hard work to grow fruit trees for years together is suddenly being destroyed.

"For our whole lives we make orchards. It takes 10 to 15 years to grow a tree. When we visit here, we find trees peeled and sudden our orchard is destroyed," said another farmer, whose orchard was targeted by porcupines. 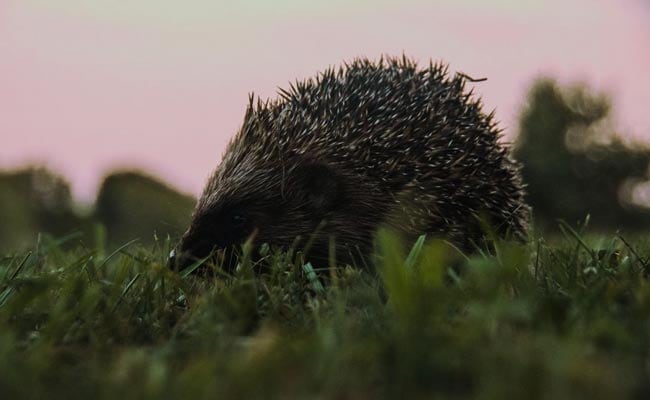 Porcupines are large, thorny rodents that are now attacking almond and apple trees in Kashmir

A full grown tree gives around 40 kilograms of almonds - and losing each tree means a massive loss to the farmers. There is no exact assessment of loss to the orchards but thousands of fruit trees are believed to have been targeted by porcupines.

The worst-hit areas are plateaus of Shopian, Pulwama and Budgam districts where thousands of trees have been affected.

Horticulture sector is the backbone of rural economy in Kashmir. Officials say they are working with experts to find a way to save fruit trees as the number of porcupines have exponentially grown in the last few years.

"For the last few years there is an increase in porcupine population. We have taken it up with the wildlife department for some advisory so that we can share it with growers. For last one year we have been advising growers and trying to put a check on it," said Ejaz Ahmad Bhat, Director General Horticulture J&K Government.

Experts say growing Iris flowers in orchards may be a natural repellent against porcupines. But that's not an easy task given the area and number of trees. The Valley has over seven crore apple trees in 1.62 lakh hectors of orchard land.

While basic measures by farmers to cover the bark of the tree with jute bags is providing some immediate protection, it's clearly not a lasting solution to the serious threat the orchards are facing. So far, the government has not come up with a scientific response to the porcupine challenge.