The legal notice demanding an apology from Amit Shah for allegedly making defamatory statements against Abhishek Banerjee, a Lok Sabha lawmaker, was sent to the state BJP headquarter 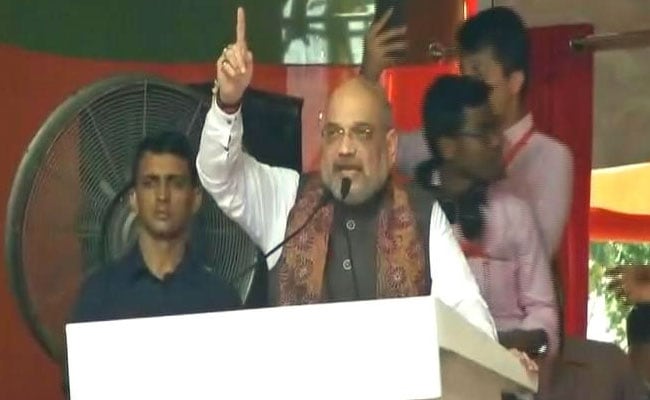 Trinamool Congress lawmaker Abhishek Banerjee has demanded a public and unconditional apology from BJP president Amit Shah for "malicious, defamatory and false statements" against him at a rally in Kolkata on Saturday.

If there is no apology in 72 hours, Mr Banerjee warned Mr Shah that he will face both civil and criminal charges.

The legal notice includes Mr Shah's reference to Mr Banerjee at his rally in Kolkata on Saturday, not by name but as bhatija or nephew.

Mr Shah, in his speech, had said money sent by the centre to the state was being siphoned off by the bhatija and syndicates. He also spoke of "Narada, Saradha and the Rose Valley corruption" and "Bhatija's corruption."

This is the second time that Mr Amit Shah has been asked to apologise for his attack on Abhishek Banerjee.

On Saturday, immediately after his rally ended, Trinamool lawmaker Derek O'Brien had called a press meet and warned of legal action against the BJP chief if he did not apologise for his "false statements" within 72 hours.

No apology has come yet but new battlelines are being drawn for a showdown ahead of 2019.

No Going Back From Nun-Hood; Will Continue My Fight: Expelled Catholic Nun