Police found 11 spent cartridges on the spot when they rushed there with sniffer dogs to track the killer who fled. 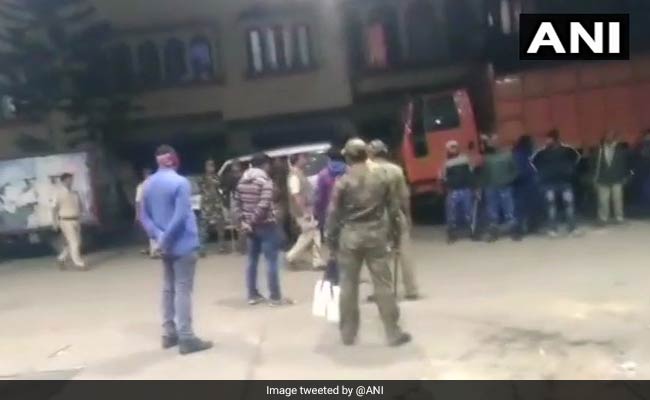 Yesterday, a Trinamool leader, the driver of the vehicle and another were killed in Joynagar (File)

A day after a Trinamool leader and two others were killed in a shootout at Joynagar, 55 km from Kolkata, another Trinamool leader was shot dead from close range at Adra in Purulia district today.

Hamid Ansari, 44, was on a motorcycle driving to Adra town from its outskirts when he had to stop at a railway level crossing. As he waited for the train to pass and the level crossing barrier to open, an unidentified person drove up next to Ansari and shot him repeatedly.

Police found 11 spent cartridges on the spot when they rushed there with sniffer dogs to track the killer who fled. There was no arrest till reports last came in.

Ansari was a block level leader of the Trinamool. The party has not said a word about the incident yet.

In yesterday's Joynagar shootout, a "supari" killer and 10 others have been arrested by the West Bengal Police's Criminal Investigation Department which took over the case late last night.

Last evening, around 7pm, the SUV of the local Trinamool MLA had driven into a petrol pump when it was surrounded by over a dozen people who hurled bombs at the vehicle and opened fire. A Trinamool leader, the driver of the vehicle and a third person were killed.

Trinamool MLA Biswanath Das, the owner of the vehicle, is convinced he was the real target and that he escaped because he broke his routine and got off the car minutes before the shootout.

While the Trinamool in the Joynagar case at least has blamed rival parties, opposition parties say the killing was the result of internal party feud.