The celebratory dance was performed by a number of people outside the London subway. 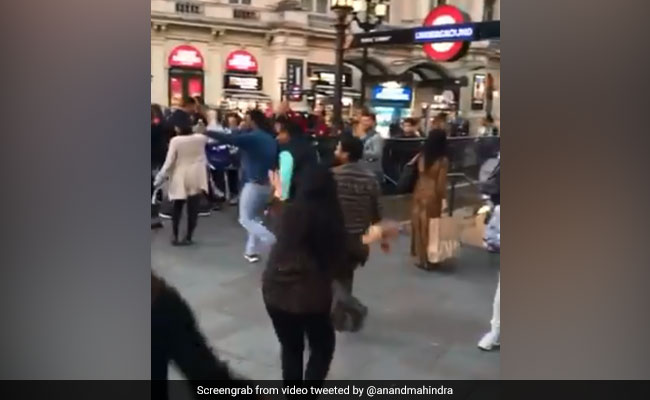 Anand Mahindra shared the video on his Twitter timeline.

Business tycoon Anand Mahindra has taken out a new gem from his "WhatsApp wonder box" a day after the Lok Sabha election results led the BJP and its allies to a thumping victory paving the way for Prime Minister Narendra Modi's second term.

Mr Mahindra shared a video of people garba dancing in London apparently after PM Modi's victory. The celebratory dance was performed by a number of people outside the London subway. The video shows a number of people filming the dance to a popular Gujarati track. PM Modi is from Gujarat and was the chief minister of the state from 2001 to 2014 before he became the prime minister.

Mr Mahindra also asked for a YouTube video suggestion from which he could brush up his Garba skills.

Many suggested him videos, while some shared other celebratory videos from different parts of the world after PM Modi's victory.

In my #whatsappwonderbox. Apparently, celebratory Garba in London after PM Modi's victory. Loved the uninhibited cultural 'colonisation' in reverse! And time now for me to brush up my garba steps. Please recommend a good YouTube video for lessons! pic.twitter.com/jvmCz5bjhm

Prime Minister Narendra Modi led his party BJP to a thumping victory yesterday by defeating a string of opposition parties.

The BJP and its allies won a whopping 352 seats with the party alone winning 303 seats - a bigger victory than the Lok Sabha polls of 2014.

Anand Mahindra, who often shares a number of delightful posts on Twitter which are widely shared by his nearly 7 million followers, was among industrialists who congratulated the PM, saying that he looked forward to the "effective first 100 days".