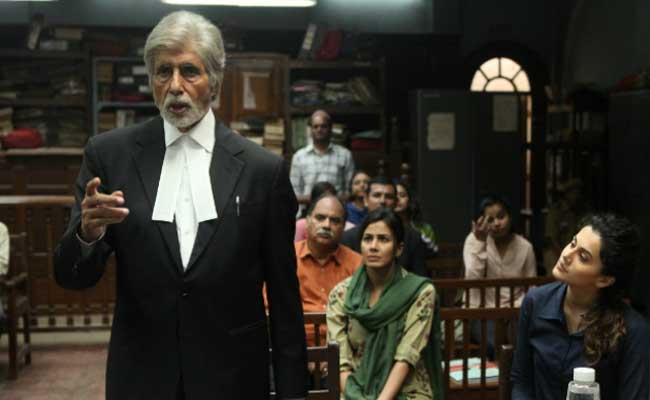 All police stations in Rajasthan have been asked to screen Amitabh Bachchan starrer 'Pink'.

Jaipur: Amitabh Bachchan's movie "Pink" will be shown to Rajasthan police personnel to teach them to be sensitive towards women.

The police headquarter recently dispatched a letter to the superintendent of police of all the 33 districts of the state asking them to immediately make arrangements for the screening of the Shoojit Sircar-produced movie to all the police personnel in their respective areas.

The instruction to screen the film aims at making the police sensitive and sensible about woman dignity, woman rights so that they can act more promptly and actively to deliver justice in cases of harassment, torture or any crime against women.

The ADG (civil rights) has strictly asked the district police captains to take a serious note on the screening of the movie.

Promoted
Listen to the latest songs, only on JioSaavn.com
The letter by the ADG says the movie has most strongly and vividly depicted gender impartiality, gender equality and gender sensitivity. The movie also portrays how to defend the woman dignity and woman rights.

"The letter from the Police state headquarter, Jaipur regarding mass screening of movie 'Pink' to the police personnel was received in last week of September following which police officials at police stations were directed for the screening of the same," said Rajendra Verma, Additional Superintendent of Police (ASP).

Legal Services Body In Bengal Gets Its First Transgender Advocate