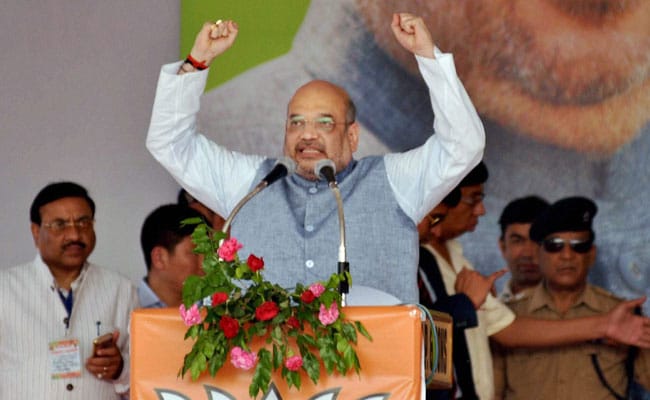 In 2014, Amit Shah was found innocent of charges that he ordered Sohrabuddin Sheikh's 'fake encounter'.

New Delhi: BJP chief Amit Shah will not be reinvestigated in the extra-judicial killing of Sohrabuddin Sheikh, a petty criminal in Gujarat, the Supreme Court said today.

In 2014, Mr Shah was found innocent of charges that he ordered the "fake encounter" that led to Sheikh being shot dead in 2005 by the police which reported to him as Home Minister of Gujarat. A court in Mumbai ruled that there was no evidence against Mr Shah and that he had been included in the inquiry of Sheikh's death for political reasons.

Former bureaucrat Harsh Mander had asked the Supreme Court to order that the 51-year-old politician's role be examined again. Judges today said that Mr Mander is "not even remotely connected with the case." They also stressed "Once he (Mr Shah) has been discharged, can he be continuously prosecuted?"

In 2012, the CBI began investigating Mr Shah, along with top police officers, on charges that included murder and destruction of evidence. The agency said that Sheikh was removed from a bus and killed along with his wife Kauser Bi after he fell out with Mr Shah, to whom he reported in an extortion racket. A witness to the crime, Tulsiram Prajapati, was killed a year later by the police.

Mr Shah was made president of the BJP in July 2014 after playing a top role in designing the stunning victory of Prime Minister Narendra Modi. At the time, he was on trial for Sheikh's killing. He is widely acknowledged as the PM's closest advisor, and praised within the party for political acumen that has helped the BJP win a series of states since it came to power at the Centre.