Home Minister Amit Shah arrived in the flood-hit Belagavi district of Karnataka from Chennai and conducted the survey onboard an army helicopter, accompanied by BS Yediyurappa

Amit Shah conducted the survey onboard an army helicopter, accompanied by BS Yediyurappa

Home Minister Amit Shah on Sunday conducted an aerial survey of the areas in northern Karnataka devastated by floods. Mr Shah's visit comes as the state government draws criticism from opposition parties for its failure to form a cabinet, more than two weeks after Chief Minister BS Yediyurappa was sworn in.

"Did an aerial survey of the flood affected areas of Belagavi (Karnataka) and Kolhapur & Sangli (Maharashtra). Also held a meeting with senior officials to review the relief operations. Central and both state governments are totally commited to helping our people in distress (sic)", Mr Shah tweeted after the survey.

Home Minister @AmitShah, along with CM @BSYBJP, did an aerial survey of the flood-affected areas in Belagavi today. He later held a meeting of the concerned officials at Sambra airport, reviewed relief operations& collected detailed information on the flood situation in the state pic.twitter.com/hCnLX78UAc

The home minister arrived in the flood-hit Belagavi district from Chennai and conducted the survey onboard an army helicopter, accompanied by Mr Yediyurappa. The district has seen the highest number of deaths in the state where at least 31 people have died and more than 3 lakh people have been displaced by floods. "At least 14 others are still missing. We have rescued around 480,000 people, over 50,000 animals and set up around 1,100 relief camps," a state government official was quoted as saying by news agency AFP. 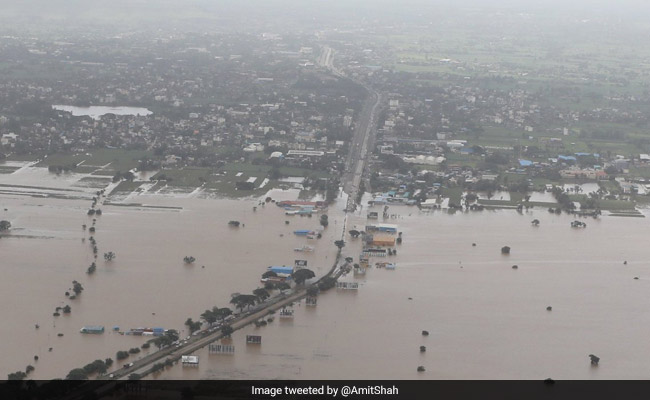 In Karnataka, at least 31 people have died and more than 3 lakh people have been displaced by floods.

The BJP government in Karnataka is hoping to receive aid from the central government to help deal with losses to the tune of Rs 6,000 crore. Several roads and highways have been damaged or remain cut off due to floods. Karnataka-bound vehicles coming from Mumbai have been advised to take the Solapur route.

BS Yediyurappa, who took oath last months after weeks of turmoil in the state led to the collapse of the Janata Dal (Secular)-Congress coalition, is yet to form a cabinet. The Opposition alleges that this has affected the state's ability to provide relief to those affected by floods. 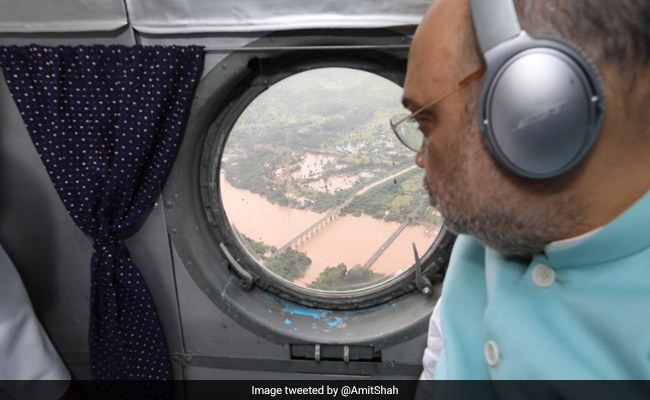 "There should not be any politics in this distress situation. It will be very difficult for @BSYBJP to act alone & is quite impossible to ensure justice in all the departments. I urge him to immediately form the cabinet & make ministers in-charge for each district," tweeted Siddaramaiah, Congress leader and former Karnataka Chief Minister.

Karnataka has elected 25 MPs from @BJP4India but still the same BJP is backstabbing people.@narendramodi, in his election speeches, had claimed that if people vote for BJP, it is like voting him. What will he answer for victims' plea? Will he betray their trust?
4/n

All schools and colleges in flood-hit districts of the state -- both government and private - will remain closed till August 15. Heavy rains have also disrupted train services. Landslides have claimed lives and disrupted rail and road traffic. On Saturday, all Konkan Railway trains were also cancelled after a landslide occurred near Karwar area. Water released from dams that reached their full capacity has made matters even more difficult.