Amit Shah Jaipur Visit: Amit Shah will address the concluding session of the state BJP working committee meeting in Jaipur and then follow it up with a meeting with all party lawmakers. 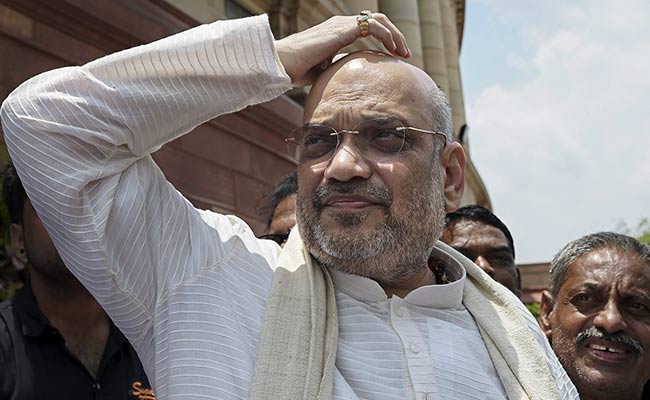 BJP president Amit Shah will be in poll-bound Rajasthan today on a day-long visit during which he will attend several organisational meetings.

Mr Shah will address the concluding session of the state BJP working committee meeting in Jaipur and then follow it up with a meeting with all party Members of Parliament and Members of Legislative Assemly from there, a party statement said.

It said he will also address a social media volunteers' meeting in the state capital and then hold a review meeting with the organisational leaders, including 'vistaraks', district presidents and district in-charges of the state BJP.

He will also hold a meeting with the members of Rajasthan BJP core group and the party's state election campaign committee.

This will be Mr Shah's first visit to the state after the appointment of the party's state president Madan Lal Saini.

"The strategy to win the next Assembly and the 2019 Lok Sabha elections will be discussed in the meeting tomorrow," Mr Saini said.

He said the visit will "boost" morale of the party workers and leaders who are set to welcome Mr Shah.

During his July 21-23 visit last year, Mr Shah had tasked the leaders to strengthen the party's booth-level organisation and implement the 'vistarak' scheme in which workers reach out to voters.

The state is heading for the assembly polls later this year.