Amit Shah, Rahul Gandhi To Visit Gujarat Between July 13 and 17

Amit Shah will be in Ahemdabad on July 13, 14 and Rahul Gandhi will be visiting Gujarat on July 16,17. 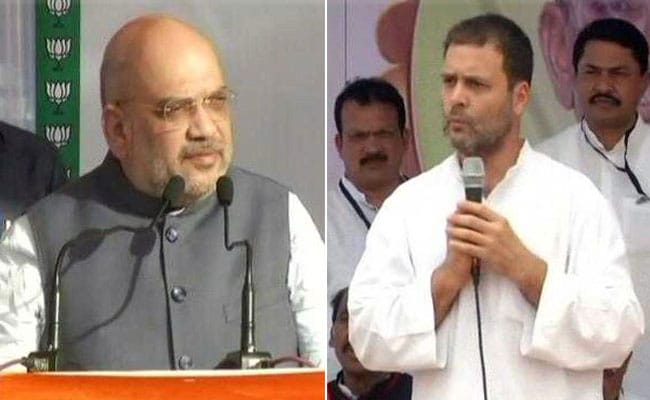 Office bearers of both parties have stated that the leaders will be visitng Gujarat next week. (File)

Congress president Rahul Gandhi and BJP chief Amit Shah are scheduled to visit Gujarat next week in quick succession, office bearers of both the parties have said.

While Mr Shah will be in Ahmedabad for the Lord Jagannath Rath Yatra to be held on July 14, Mr Gandhi will visit the state on July 16 and 17.

Mr Shah is expected to land in Ahemdabad on July 13 and will perform "mangla aarti" of the deities the next day at the Lord Jagannath temple in Jamalpur area in Ahmedabad, said a BJP leader. He had performed the same ritual in the the previous edition of the Rath Yatra as well.

Promoted
Listen to the latest songs, only on JioSaavn.com
Congress chief Rahul Gandhi will be in Gujarat on July 16-17, said state Congress in charge Rajiv Satav. 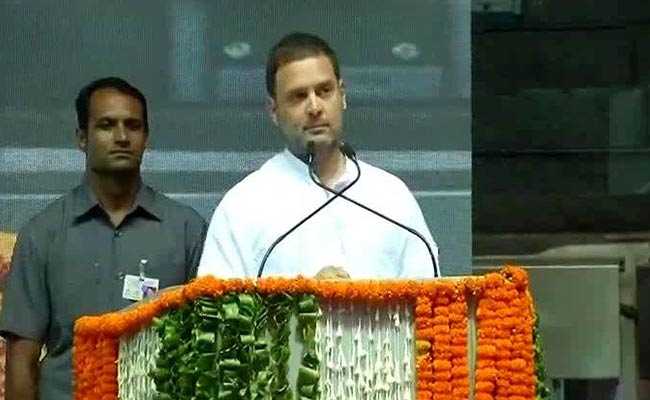 Rahul Gandhi is also scheduled to visit the Amreli district and speak with party workers. (File)

Congress sources said that Mr Gandhi would visit the Alang shipyard in Bhavnagar and discuss labour issues with workers as well as traders and businessmen connected with the ship-breaking sector.

He is also scheduled to visit Amreli district and hold meetings with party functionaries, a Congress leader added.