The controversial Citizenship Amendment Bill was approved by the cabinet on Wednesday. 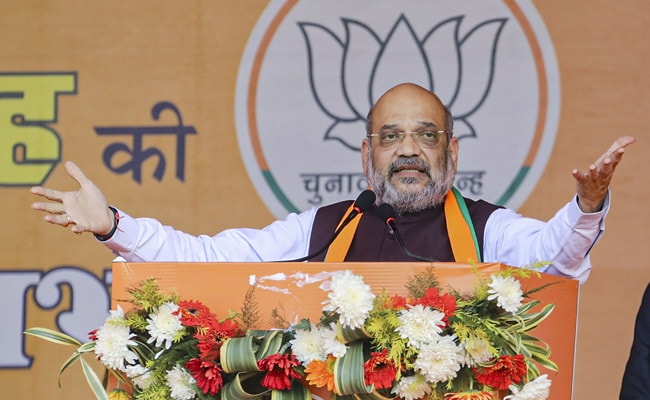 Amit Shah has rejected claims that the Citizenship Amendment Bill is discriminatory.

Less than 12 hours before the Union cabinet led by Prime Minister Narendra Modi met to pass the contentious Citizenship Amendment Bill that led to widespread protests in the entire Northeast in run-up to the 2019 general election, there was a hush-hush meeting In New Delhi's Assam Bhawan.

Attended by BJP president and Home Minister Amit Shah, Assam Chief Minister Sarbananda Sonowal, his colleague Himanta Biswa Sarma, Manipur CM Biren Singh and Nagaland CM Neiphiu Rio, the meeting was meant to address concerns of the Northeast that the amendment will bring in a rush of people from neighbouring countries, altering the unique ethnic and demographic nature of the area.

At least nine representatives from four organisations met Amit Shah where he is believed to have comforted them with an assurance that the unique identity of the Northeast will not be altered in exchange for a promise that the groups will not protest the amended bill.

Sources say one of the ways in which Amit Shah would have allayed their fears is by reassuring them that the draft of the Bill would exclude the Northeast. The four organisations that met Shah were Manipur People Against Citizenship Amendment Bill (MANPAC), Zeliangrong Union (Assam, Manipur, Nagaland unit), The North East Forum for Indigenous People (NEFIP) and Kuki Inpi Manipur (KIM)'s Imphal Unit.

Among them, MANPAC is the most influential and vocal organisation that spearheaded a movement against the BJP-led Centre for its proposal to bring in the bill ahead of the 2019 general election.

Just before leaving for Delhi, the MANPAC held a press conference in Imphal where its convener Yumnamcha Dilipkumar reasserted its firm stand against the Bill. The outfit has been critical of the state's Chief minister Biren Singh for failing to give any assurance against implementation of CAB in the state. No wonder, then, six out of the nine representatives were from MANPAC.

Sources say the Northeast representatives were not against CAB but against the region coming under its ambit. Most of them fear that a huge influx from Bangladesh will alter the ethnic, cultural, linguistic and demographic identity of their respective states. Shah reportedly assured them that the Centre will ensure their concerns are addressed.

Just a few days ago, a dozen non-BJP MPs from seven Northeastern states wrote to Prime Minister Narendra Modi seeking to keep residents of Assam, Arunachal Pradesh, Meghalaya, Mizoram, Nagaland, Manipur and Sikkim out of the ambit of the CAB.

The bill, likely to be tabled in parliament next week, seeks to amend a 1955 law to grant citizenship to persecuted Hindus, Buddhists, Sikhs, Jains, Parsis and Christians from Muslim-dominated countries such as Bangladesh, Pakistan and Afghanistan if they have lived In India for six years.