BJP president Amit Shah, who had set a target of winning 150 seats in Gujarat, said he had not accounted for the Congress sinking the level of the discourse to "such a low" level after the Gujarat election results came in 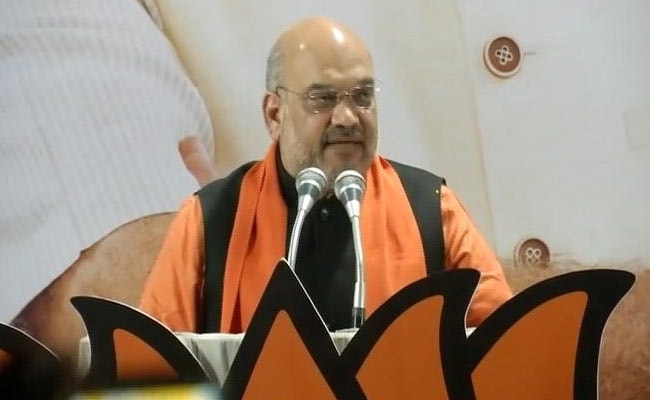 Gujarat elections 2017: An overall victory margin of eight per cent is not a tough fight, Amit Shah said

New Delhi: Celebrating the BJP's freshly-minted "historic victory" in Gujarat, Prime Minister Narendra Modi and BJP chief Amit Shah on Monday accused the Congress for trying to sow the seeds of casteism in its hunger for power and asked voters to be vigilant of renewed attempt by "some people" to keep up the effort in future too.

Mr Shah also explained the drop in the BJP's seats -- the party had 115 seats in 2012, had targeted winning 150 this time but ended up with only 99 seats -- to what he called the "caste politics" and the "low level of political discourse" of the Congress and its allies.

The BJP president who had set a target of winning 150 seats in Gujarat claimed he had not accounted for the Congress sinking the level of the discourse to "such a low" level.

"Congress brought the level of the campaign down, because of which our number of seats went down," the BJP president, who is widely seen as the party's chief strategist, said at a press conference as the party won both Gujarat and Himachal Pradesh. 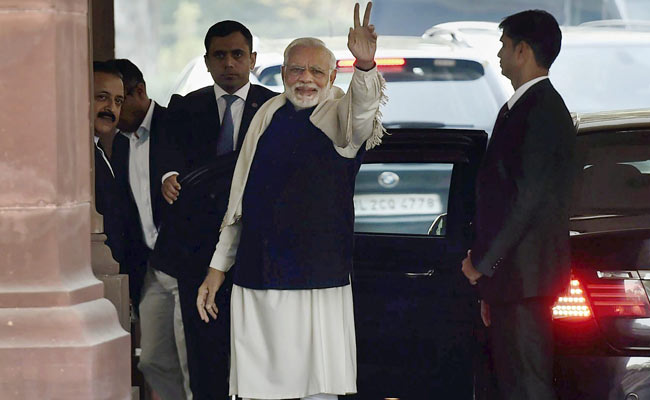 Like other BJP leaders, Mr Shah was equally dismissive of the Congress attempts to project the BJP's smaller victory margin in terms of number of seats in Gujarat as a moral victory for the Congress for giving the BJP a tough fight in the home turf of PM Modi-Amit Shah team.

An overall victory margin of eight per cent is not a tough fight, Mr Shah said.

The twin verdicts are a defeat of the "politics of dynasty, casteism and appeasement" and a win for his party's politics of performance, he said, adding that Indian democracy was entering a new era.

The country's development journey had taken two more steps with these wins, he said, pointing that 14 states would have BJP governments in addition five more that were held in partnership with its allies.

Promoted
Listen to the latest songs, only on JioSaavn.com
PM Modi also returned to his plank of development and pitched for social harmony in his home state, which had seen several caste agitations in the run up to the assembly polls, saying that the people should forget the past and embrace each other.

An atmosphere for development had been created after the BJP took power at the centre in May 2014, he said, adding that nobody should derail it as his "decisive" government was working overtime to strengthen cooperative federalism and had clean intentions.