Gujarat Riots Case: Maya Kodnani has claimed that Amit Shah, who too was a Gujarat legislator then, was also present at a hospital on February 28, 2002 when the Naroda Gam riots took place

Ahmedabad: BJP president Amit Shah told a Gujarat court on Monday that he had seen Maya Kodnani, a leader of his party, in the state assembly and then at Ahmedabad's Sola Civil Hospital on the morning of February 28, 2002. Mr Shah appeared as a defence witness in a riot case in which Kodnani is accused of murdering 11 Muslims on that day in Naroda Gam, an Ahmedabad suburb.

Maya Kodnani, who was a legislator at that time, has pleaded in court that she was not in Naroda Gam at the time of the killings. She has told court she was in the state assembly that morning and then at the Sola Civil Hospital, where Amit Shah, who was a Gujarat legislator too then, was present. She had sought that Mr Shah testify to help prove her alibi.

"Maya Kodnani was inside the state assembly at 8.30 am," Mr Shah told the court on Monday. He said he had left the assembly and had, between 9:30 and 9:45 am, reached the hospital, where the bodies of kar sevaks or Hindu volunteers who had been burnt to death on the Sabarmati Express in the state's Godhra the previous day, were brought. Mr Shah said he had met Maya Kodnani while leaving the hospital between 11 and 11.15 am and that they were escorted out together by the police, after which they went their separate ways. 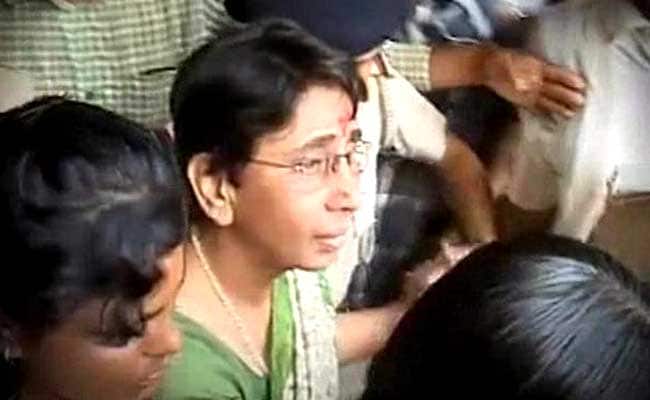 Witnesses have alleged in court that they saw Maya Kodnani in Naroda Gam between 9.30 and 10 am on that day, leading the rioters. "We saw her between 9.30 am and 10 am at the Naroda Gam and Amit Shah says he had seen her at two places...where did she go in between he doesn't know," Imtiyaz Qureshi, victim of Naroda Gam violence, said.

The trial court had said last week that Amit Shah must appear on Monday either in person or assign a lawyer to respond to Maya Kodnani's claim that she was not present when 11 Muslims were killed during the riots in Naroda Gam. She had complained that she was unable to reach Mr Shah.

Maya Kodnani is one of 79 people facing trial in the case. The Supreme Court had last month asked the Ahmedabad court to conclude trial within four months. The Naroda Gam case is one of nine major 2002 riots cases investigated by a Special Investigation Team appointed by the Supreme Court.

Promoted
Listen to the latest songs, only on JioSaavn.com
In another case, Maya Kodnani was found guilty of the massacre of nearly 100 Muslims in a neighbourhood called Naroda Patiya, next doors to Naroda Gam, on the same day in 2002. She was sentenced to 28 years in jail, but was granted bail in 2014 after pleading that she is very unwell.

Maya Kodnani became Gujarat's Minister for Women and Child Development in 2007 and served in that post till her arrest in 2009.