This comes at a time when the entire nation is celebrating 75 years of independence and joining the 'Har ghar tiranga' drive. Nagaland, Manipur and rest of the northeast also witnessed overwhelming participation of people in the initiative. 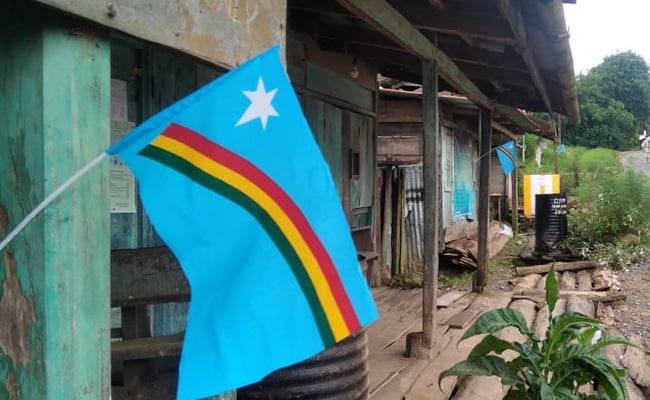 The Naga flags were seen in houses, shops and various other establishments.

The Naga flags were seen in houses, shops and various other establishments.

The Naga peace talks which are being held since 1997 with the Centre and the Naga armed groups is in an 'advanced stage'. However, there had been a road block on the demand of a recognition to separate Naga flag as a part of the final deal as demanded by the biggest Naga armed group NSCN(IM).

In 2015, the NSCN(IM) and Centre had signed the Framework Agreement for the final solutions which is still stuck in limbo.

In a press statement, NSCN(IM) stated, "We have also waited patiently for seven long years after the historic Framework Agreement was signed on August 3, 2015. We have not left any stone unturned of what it takes to bring a solution that is honourable, inclusive, and acceptable to both the Nagas and the Government of India. The ball is now in the court of the Government of India to make the right move and to fulfil the commitment given to the Nagas.We have taken the stand before God and Naga people that NSCN will uphold and protect the unique Naga history and the Naga National principle at any cost. The Naga flag and constitution are indivisible parts of the recognized sovereignty and unique history. We believe the Indian leaders, too, understand it."

Manipur-based All Naga Students' Association (ANSA) in a separate statement referring to a Manipur government notification said that the blanket order to hoist Indian National Flag on August 15 circulated in various departments including the education department whereby "directly and indirectly confronting the rights and sentiments of the Nagas and provoking us is condemned".

The statement signed by the ANSA Information and Publicity Secretary Thohrii Khrasi said, "for the Nagas we have been celebrating our Independence Day on August 14 since 1947 and we hope the Government of Manipur will take note of this history whereby a political negotiation has also been undergoing at the Prime Minister level Indo-Naga Peace Talk as two entities".