The committee discussed ways to "promote zero budget based farming", to "change" crop patterns keeping in mind the changing needs of the country, and to make MSP more "effective and transparent". 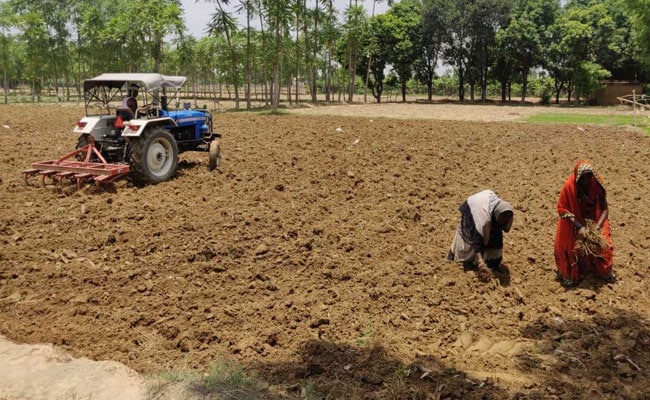 The committee, headed by former agriculture secretary Sanjay Agrawal, discussed ways to "promote zero budget based farming", to "change" crop patterns keeping in mind the changing needs of the country, and to make MSP more "effective and transparent".

The panel has 26 members including the chairman, while three membership slots are kept aside for representatives of SKM.

Mr Anand, who is holding the charge of general secretary at farmers' group CNRI, said the first group will study Himalayan states as well as the cropping pattern and crop diversification and how to ensure MSP support in those states.

The second group on micro irrigation -- to be headed by Sukhpal Singh from IIM-Ahmedabad -- will study how to make micro-irrigation farmer-centric. Currently, micro irrigation is driven by government subsidies and the group will examine how to generate farmers demand for this, he said.

The third group -- led by a representative of National Institute of Agricultural Extension Management (MANAGE) -- will study 'zero budget based farming', including organic and natural farming methods, and generate consensus of farmers.

The fourth group -- to be led by Indian Council of Agricultural Research (ICAR) -- along with Hyderabad-based Central Research Institute for Dryland Agriculture (CRIDA) and Nagpur-based National Bureau of Soil Survey and Land Use Planning (NBSSLUP) and one more institute will study the crop diversification and cropping pattern across the country and submit a background report, he added.

"The four groups will hold separate meetings and the committee's final meeting will he held in September-end," Mr Anand said.

He said that SKM representatives were not present in the day-long meeting. Niti Aayog member Ramesh was also not present due to other engagements.

SKM, which necessitated setting up of this committee on July 18 after leading the farmers' protest against three farm laws and forcing the government to repeal them, has already rejected this committee and decided not to nominate its representatives.

While announcing the repeal of three farm laws in November last year, Prime Minister Narendra Modi had promised to set up a committee to look into farmers' MSP issues.