Police opened fire on protesters seeking to shut down Vedanta's copper plant in the southern port city of Thoothukudi. 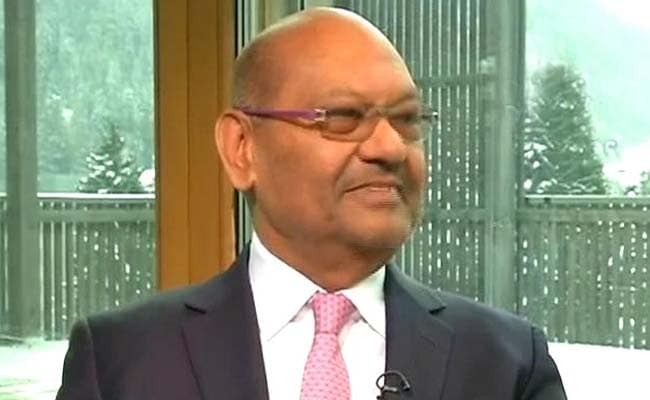 Vedanta said it regretted the incidents and was working to ensure employees' safety. (File)

New Delhi: Billionaire Anil Agarwal often talks about his dream to turn his London-listed company Vedanta Resources into a global resources giant. He has already bought stakes in big mining companies, such as Anglo American Plc, and says he plans to spend at least $1 billion on investments in Africa.

But in his home country, where he rose from a scrap dealer to a metals magnate, court-imposed fines, costly plant and mine shutdowns, and public protests against his businesses for allegedly polluting the environment, have held back his lofty ambitions and hurt the company's valuation, according to bankers and analysts.

The struggle with opponents took a particularly ugly turn on Tuesday when police opened fire on protesters seeking to shut down Vedanta's copper plant in the southern port city of Thoothukudi, killing 10. Two more people died on Wednesday, and the state government has transferred senior police and administrative officials from the city.

Vedanta said in a statement it regretted the incidents and was working with authorities to ensure the safety of its employees, facilities and the surrounding community.

"This can lead to investors becoming more conscious against investing in the company which can hurt long term sustainability of some of the businesses," said Shriram Subramanian, managing director of proxy advisory firm InGovern, adding that the violence in southern India suggested they weren't listening to concerns about the environment and health issues.

Mr Agarwal, who holds a 71.4 percent stake in Vedanta, told the Financial Times in an interview published on Wednesday that he plans to step back from running the company.

Mr Agarwal said on Twitter earlier this month that his company was the victim of a foreign conspiracy aimed at keeping India reliant on imports. He did not name any specific countries or companies.

"Certain vested interests will prefer India to remain import dependent and use our country as their market, making India spend hard-earned foreign exchange and lose millions of jobs," he said, in reference to a court-ordered stoppage of iron ore mining in Goa, the campaign against the Thoothukudi copper plant and a shortage of bauxite for an aluminium smelter.

A court yesterday put a temporary halt to Vedanta's much-delayed plan to nearly double capacity at the Thoothukudi plant, which would make it one of the biggest copper smelters in the world.

Vedanta has denied the allegations and said it was working on restarting the plant as soon as possible. Analysts say copper contributes around 8 percent to the consolidated operating profit of the company.

Promoted
Listen to the latest songs, only on JioSaavn.com
Several investment bankers said that Vedanta's management did have a strong reputation for turning around businesses and keeping costs under control.

"Still, there is always an element of fear among the investors," said an international banker in reference to the various controversies it is entangled in. The banker, who has previously advised the company, declined to be named.

Vedanta, whose acquisitive journey started with Mr Agarwal buying a copper company in 1979, now has businesses spread across the world, including India, Africa, Ireland and Australia. It was the first Indian company to list in London in 2003.

But that listing meant it became the target of a sustained campaign by a London-registered environmental group called Foil Vedanta, which holds demonstrations outside Vedanta's annual meetings in London.

In Thoothukudi, Vedanta's copper plant has been shut for more than 50 days and will remain closed until at least June 6 because the local pollution regulator has said the facility is not complying with environmental rules.

Several cases have been filed against the plant since it started in 1996, and the Supreme Court in 2013 fined it about $18 million for breaking environmental laws.

The next year, Vedanta lost a battle to mine bauxite in the a lushly forested area, Niyamgiri hills in Odisha, that the Dongria Kondh tribe there considers sacred.

The rejection forced the company to not only import expensive bauxite for an aluminium plant in the same state but to also delay its expansion.