This was, however, less than 25 per cent of the number of cases recorded the previous financial year and that is attributable to the restrictions imposed to check the COVID-19 contagion, say officials. 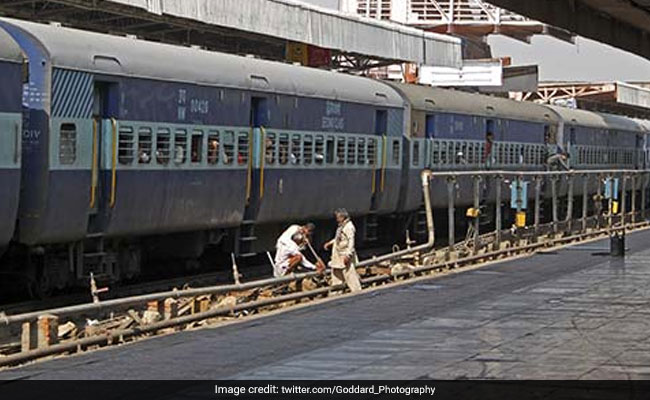 Despite severe restrictions on entry at railway stations without confirmed tickets in view of the coronavirus pandemic, over 27 lakh people were caught travelling on trains ticketless in the last fiscal, an RTI query has revealed.

This was, however, less than 25 per cent of the number of cases recorded the previous financial year and that is attributable to the restrictions imposed to check the COVID-19 contagion, say officials.

The data made available by the Railway Board following an RTI query made by Madhya Pradesh-based activist Chandra Shekhar Gaur showed that between April 2020 and March 2021, 27.57 lakh people were caught travelling ticketless and Rs 143.82 crore was levied as a fine from them.

"Traveling ticketless or with an unauthorised ticket is a long-standing challenge before the Indian Railways. On its part, the Railways makes informative, educative and punitive measures to discourage people from doing the same," said Railway spokesperson D J Narain.

The 2020-2021 financial year was the period when the Railways ran the least number of passenger trains in its history due to the coronavirus pandemic and there were severe restrictions on the movement of people inside railway premises, including non-issuance of platform tickets.

It includes the lockdown period between April 14 and May 3 when the Railways was not operating any passenger trains except the Shramik Specials which started from May 1. These trains were run at the request of the state governments and the tickets were issued only to those authorised by the states.

In June last year, the Railways began running special trains and issued strict guidelines -- e-ticketing through IRCTC website or through mobile App, no tickets booking at reservation counter, only passengers with confirmed tickets to be allowed entry at station and screening to be done before boarding with only asymptomatic passengers allowed to enter the train.

Fully waitlisted passengers and unreserved passengers were not allowed to travel on trains as the unreserved coaches were booked as reserved second sitting coaches to ensure that the necessary Covid-related protocols are followed.

"Accordingly, in line with these instructions, without ticket passengers at railway premises and trains were being identified and charged as part of normal as well as special ticket checking drives.

"The number of without ticket cases in 2020-21 (27.57 lakh) was less than 25 per cent of the number of such cases detected in 2019-20 when such figure was 1.10 crore. This was feasible due to wide publicity efforts by railways to create awareness and to discourage irregular travel," Narain said.

Currently, the Railways is running 809 special Mail Express trains on an average per day, 2,891 suburban services, 26 special trains being operated as clones of highly patronised trains and 403 passenger services.