Finance Minister Nirmala Sitharaman and Foreign Minister S Jaishankar posted identical messages on Twitter, assuring that the draft will be reviewed before implementation. 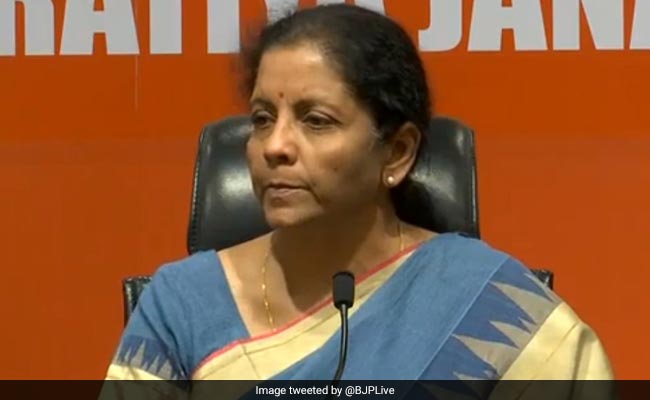 Amid protests over the draft version of the National Education Policy 2019, the NDA-ruled government at the centre has tweaked the draft. The centre had clarified on Sunday that Hindi will not be thrust upon any state. The centre's education plan is seen by many in the southern states as an attempt to impose Hindi on school students.

Finance Minister Nirmala Sitharaman and Foreign Minister S Jaishankar posted identical messages on Twitter, assuring that the draft will be reviewed before implementation. Both the ministers are from Tamil Nadu - the state which has been loudest in its objections - and their tweets were in Tamil.

Raj Thackeray's party Maharashtra Navnirman Sena has also spoken against the education plan. The official Twitter handle of MNS, quoted state leader and spokesperson Anil Shidore saying: "Hindi is not our mother tongue, do not enforce it on us and incite us.".

Here are the updates on draft of National Education Policy 2019:

Inter mingling of disciplines, options of subjects and that too at various levels of difficult as per interest and aptitude, guidance for career, technology as a medium of learning is necessary.

Most importantly, we need quality education that is affordable and uniform in information across the nation, yet has a local blend in each State and gives a base for a student for entrepreneurship or to avail a career right after education.

Second, learn the names of our states and languages and try to pronounce the names properly. No more thaaamil, kannad, kayral etc. https://t.co/nxmeNNTBXI

Nobody is against #Hindi. The problem lies in #HindiImposition.

There is no effort from #Hindi speakers to learn beautiful regional languages. Why is there this silly expectation that we should prefer #Hindi over a neutral, efficient second language like #English?

One #nation. One #language. One #religion.

This will never happen in #India no matter who does what. Never!

Jun 03, 2019 15:03 (IST)
Not Fair To Cast Aspersions, Says Union Minister DV Sadananda Gowda
Union Minister DV Sadananda Gowda reacting to the row said: "PM had said 'national ambitions, regional aspirations'. Even while addressing Parliament members he said that regional issue should be taken up on priority because regional issues can only show the strength of the country. Just for political purposes, just for casting aspersions against central govt, I don't think it is fair. So far no decision has been taken as far as imposition of Hindi is concerned."
Jun 03, 2019 12:23 (IST)
Oscar winning singer AR Rahman reacted to the tweaked education policy and said:  "The beautiful solution 'Hindi is not compulsory in the Tamil ... edited draft!'", he tweeted.
Jun 03, 2019 11:53 (IST)
DMK On Centre's Education Policy Draft
Earlier this morning,  DMK lawmakers had adopted a strong resolution against the education policy draft. Here's what the resolution read:
Jun 03, 2019 11:48 (IST)
In the new draft National Education Policy (NEP) 2019, students have the choice of changing any language they want to. Any reference to Hindi has been removed.
"In keeping with the principle of flexibility, students who wish to change one or more of the three languages they are studying may do so in Grade 6 or Grade 7, so long as they are able to still demonstrate proficiency in three languages...," says the revised draft. Read here
Jun 03, 2019 11:17 (IST)
Vice President Venkaiah Naidu also defended the government on Friday, asking people to study, analyse and debate the draft policy and not draw hasty conclusions.