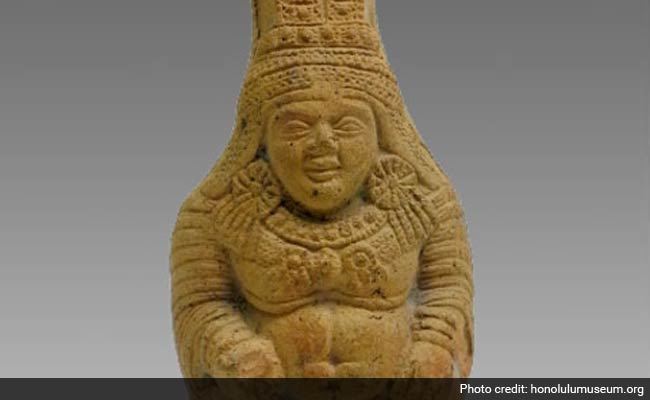 A Honolulu museum has returned to American authorities seven rare antiquities believed to have been stolen from India and smuggled into the US by notorious art dealer Subhash Kapoor.

The Honolulu Museum of Art handed over the seven antiquities to personnel from the US Immigration and Customs Enforcement's (ICE) Homeland Security Investigations (HSI) yesterday following a probe during which it emerged that the objects had been stolen from temples and ancient Buddhist sites in India and brought to the US illegally.

ICE agents will bring back the items here to be eventually returned to the Indian government.

Authorities said the museum was not aware that the stone objects had been stolen when they were added to its collection between 1991 and 2003.

Homeland Security officials in Honolulu contacted the museum last year after special agents in New York determined that a 2,000 year-old terracotta rattle sourced from Kapoor's New York City gallery might  have found its way into the museum's collection.

Subsequently, the museum, working in close collaboration with HSI, identified six other Indian artifacts, including figurines, architectural fragments and tiles in the institution's possession with potential ties to Kapoor, who was the subject of an Interpol Red Notice and was arrested in late 2011 in Germany.

He was extradited to India, where he is awaiting trial.

The statues were seized as part of an HSI Cultural Property, Art and Antiquities Programme investigation titled 'Operation Hidden Idol'.

"Looting is a serious problem in the art market and all buyers of art, including museums, need to be mindful that some antiquities have been illegally obtained," Honolulu Museum of Art director Stephan Jost said.

"Over the past several years, American art museums have become progressively more rigorous in vetting the history of objects they acquire. Clearly the museum could have done better in the past. We hope that bringing attention to this problem and doing the right thing will help reduce looting of cultural objects. Partnering with HSI is the most effective way to combat this ongoing issue," Jost said.

Special agent in charge for HSI Honolulu Wayne Wills said the theft and trafficking of cultural artifacts is "sadly" one of the oldest forms of organised cross-border crime.

"While seizing and repatriating priceless objects like these is reason for celebration, HSI's long-term goal is to reduce the incentive for this kind of criminal activity," he said.

Authorities have said that Kapoor's alleged smuggling of cultural artifacts worth more than an estimated $100 million made him one of the most prolific commodities smugglers in the world.

In February 2007, the Indian consulate here had contacted HSI requesting assistance in the investigation of the potential smuggling of Indian antiquities into New York.

Promoted
Listen to the latest songs, only on JioSaavn.com
By the end of July 2012, HSI special agents had seized dozens of antiquities with an estimated value of nearly $100 million, including a five foot tall head of Buddha weighing approximately 1,600 pounds, a life-sized stone figure weighing approximately 500 pounds, a bronze sculpture depicting Uma Parvati, valued at nearly $2.5 million and 2nd century BC Bharhut Stupa Yaksi pillar sculpture valued at nearly $18 million.

The investigation into Kapoor's activities uncovered that he allegedly created false provenances to disguise the histories of his illicit antiquities.
Comments
Subhash KapoorHonoluluHonolulu Museum of ArtUS Department of Homeland SecurityUS Immigration and Customs EnforcementArtifact Smuggling