On Tuesday, Amarinder Singh said he would soon announce his own political party. 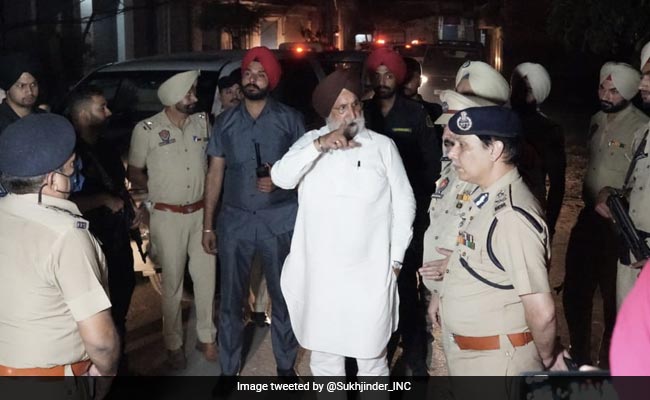 Punjab Deputy Chief Minister Sukhjinder Singh Randhawa hit out at Amarinder Singh on Wednesday, calling him an "opportunist", a day after the former chief minister announced he would launch his own political outfit.

Mr Randhawa also accused Mr Singh of betraying Punjab for the last four and a half years.

On Tuesday, Amarinder Singh said he would soon announce his own political party and was hopeful of a seat arrangement with the BJP if the farmers' issue is resolved in their interest.

The two-time chief minister added that he will not rest until he secures the future of "my people and my state".

Reacting to this, the deputy chief minister said, "Captain Amarinder Singh is an opportunist leader who only thinks about himself, his family and his friends."

Referring to Singh's meeting with Union Home Minister Amit Shah last month, Randhawa asked why he did not attempt to resolve the ongoing farmers' stir.

He also blamed Amarinder Singh for the enhancement of the BSF's jurisdiction in Punjab.

"He (Amarinder Singh) says Punjab is a border state. I want to remind Captain Sahib that if it was a border state then why were tiffin bombs and drones coming (from across the border). Why smuggling of arms and drugs could not be stopped," he asked.

Randhawa accused the former chief minister of betraying Punjab and siding with those who never thought about the welfare of the state.

"Punjab does not fear Pakistan or China. If Punjab today faces any threat, then it is from Amarinder Singh," he said.

Randhawa further said when Amarinder Singh did not get the power he desired, he got upset with the Congress.