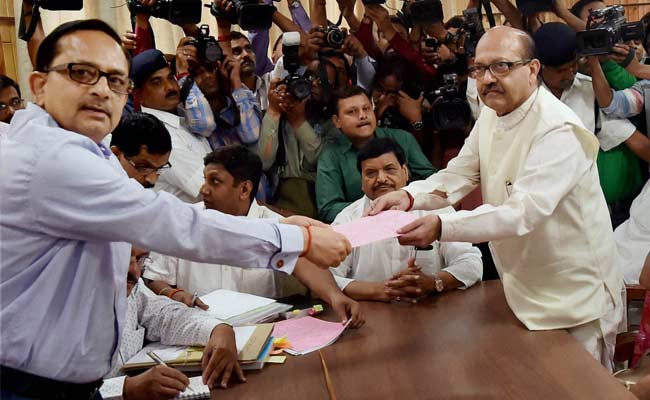 From the list of candidates for Rajya Sabha declared on May 17 after the SP Parliamentary Board meeting, the party replaced Arvind Kumar Singh with Surendra Nagar.

Among those who filed their nomination papers for SP, Seth is a 'controversial' builder from Lucknow. His name was earlier sent by the party to Raj Bhawan for nomination as an MLC, but it was not approved by Governor Ram Naik. 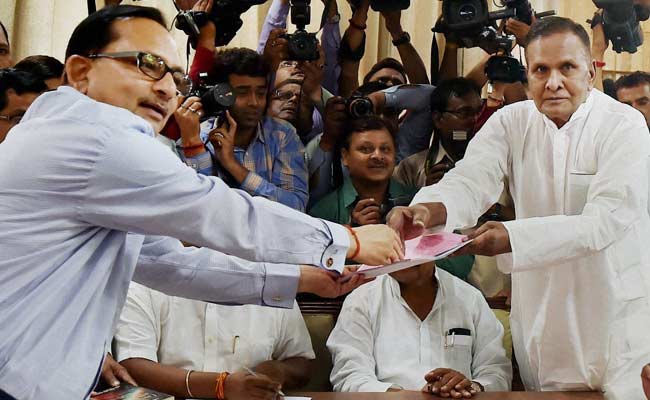 While Mr Amar Singh was in political wilderness for six years following his expulsion from SP, Mr Verma recently returned to the party fold after quitting Congress.

Mr Singh was accompanied by his wife and two daughters while filing his nomination. Senior party leaders Shivpal Yadav and Ram Gopal Yadav were also present.

Chief Minister Akhilesh Yadav, who was in Bhadohi on an official visit, and SP chief Mulayam Singh Yadav were conspicuous by their absence.

The support of 37 legislators is needed for a candidate's entry into Rajya Sabha.

As per the existing strength of different parties in the 403-member state Assembly, SP with 229 legislators would be able to get six nominees elected to Rajya Sabha, BSP two and BJP one.

Currently, BSP has six of these seats and SP three.

The biennial elections are slated to be held next month.