The arrival of supplies, facilitation of cargo clearance, delivery of the aid are being done under the framework of a multi-agency coordination, sources said. 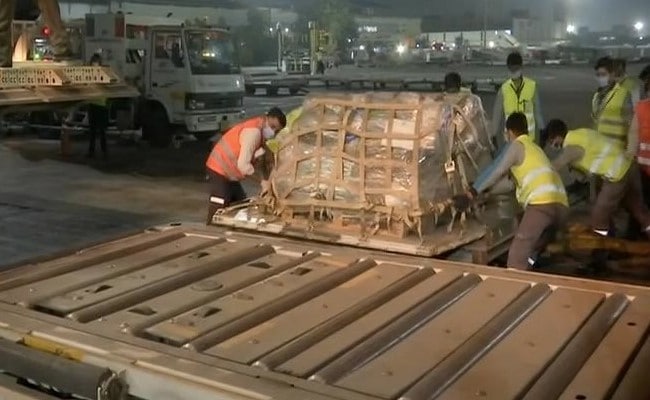 Foreign donors providing medical supplies to India in support of its COVID-19 response are being apprised of the allocation of the aid to various states and Union Territories, people familiar with the development said on Wednesday.

As India reels under a calamitous second wave of the coronavirus infection, it has received large amounts of medical supplies from a significant number of countries, including the US, Russia, France, Germany, the UK, Ireland, Belgium, Romania, Singapore, Sweden and Kuwait.

However, questions have been raised by some on the allocation of the foreign medical supplies.

Congress leader Rahul Gandhi has raised questions of "transparency" in the foreign aid received by India and demanded answers from the government.

"Questions about Covid foreign aid: What all supplies has India received? Where are they? Who is benefitting from them? How are they allocated to states? Why no transparency? Any answers, GOI?" he wrote on Twitter on Wednesday.

The sources said the foreign medical supplies received from the global community have been allocated to the states and Union Territories and that the donors know about the allocation.

They said the arrival of supplies, facilitation of cargo clearance, delivery of the aid are being done under the framework of a multi-agency coordination.

They said the Centers for Disease Control and Prevention in the United States is also willing to help India and experts from the premier institution are expected to hold virtual discussions with Indian experts over the COVID-19 situation in the country.

On foreign missions in India reporting COVID-19 cases, the sources said many embassies have such cases among their diplomats and local employees and that the Chief of Protocol in the Ministry of External Affairs is trying to assist them.

"We are trying to do our best to help them," said one of the sources.