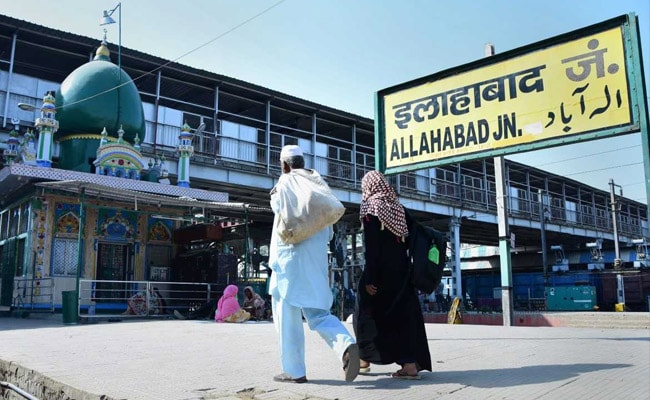 Allahabad will be renamed "Prayagraj" if there is consensus on renaming the iconic Uttar Pradesh city, Chief Minister Yogi Adityanath has said, provoking a howl of protests from the opposition Congress.

"It might be the wish of many people that Allahabad can be renamed Prayagraj. It will be a very good message. If everyone agrees, we should know this city as Prayagraj and it can be a good start," the saffron-robed chief minister was quoted as saying on Saturday by the news agency ANI.

Allahabad, a historic city with a deep association with the freedom struggle, features the confluence of the rivers Ganga Yamuna and the mythical Saraswati.

Reports suggest Yogi Adityanath wants a new name in place before the Kumbha Mela, a mega spiritual gathering that draws gurus, seers and others from across the nation to Allahabad.

There have been mixed reactions to the rechristening; critics say there have been quite a few name-changes over the past few years.

I welcome this decision. #Allahabad to be #Prayagraj soon. Prayagraj is the ancient name of Allahabad and it was changed in 1575. So it's a restoration and not a rename. #Prayagraj is also known as Triveni Sangam or Sangam Nagari because of the confluence of 3 rivers.

After @myogiadityanath's announcement for the change of name from Allahabad city to Prayagraj, @samajwadiparty student leader showed black flag to his convoy during his supervision visit for Kumbh Mela preparations in the city today. pic.twitter.com/D67MBTdfaW

UP CM wants Allahabad to be renamed as Prayagraj,Subramuniam Swami reminds Modi je about his promise to change name of Ahmadabad & list is too long.India has been critic of Taliban for similar acts but now is heading for its own talibanization.Soon you may see no India but Bharat

#Prayagraj survived despite change of it's name to #Allahabad,,natives were timid and submissive,,never demanded restoration of old glorious name,,of heritage

Congress leader Onkar Singh says the region where the Kumbh takes place is already called the "Prayag (confluence)". If the government wanted, it could make Prayagraj a separate city without any name-change, he suggested.

The Congress leader also pointed out that pre-independence meetings where the freedom movement took shape were held in Allahabad, which is also the birthplace of India's first prime minister Jawaharlal Nehru.

The ruling BJP says the announcement reflects the wishes of crores.

Prayag was the original name of Allahabad, one of the oldest cities of UP. It was named "Illahabad" or "abode of God" by Mughal emperor Akbar in 1575.