The state government, however, assured the court of making a decision in this regard by November 25, the next date of hearing in the case. 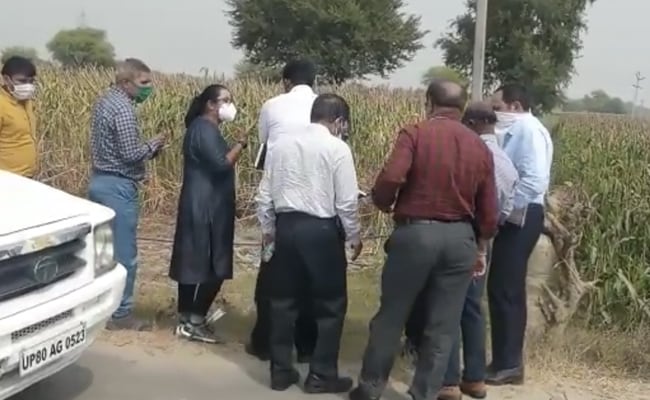 The Lucknow bench of the Allahabad High Court on Monday reserved its order in the Hathras case, while expressing concern over the Uttar Pradesh government not taking any action against District Magistrate Pravin Kumar.

The state government, however, assured the court of making a decision in this regard by November 25, the next date of hearing in the case.

A bench of Justice Pankaj Mithal and Justice Rajan Roy was hearing a PIL.

The bench also directed the CBI, which is probing the case, to lay before it the status of investigation in the matter on the next date of hearing.

A 19-year-old Dalit woman was allegedly gang raped by four upper-caste men in Hathras on September 14. She died on September 29 at Delhi's Safdarjung Hospital during treatment.

District Magistrate (DM) Pravin Kumar came under attack after the cremation of the victim in the dead of the night near her home on September 30, with her family members alleging that they were not allowed to bring the body home one last time.

During the in-camera proceedings, the bench asked the state government as to what decision was taken regarding Mr Kumar's action in the case.

At this, the government defended the DM, saying he did not do any wrong.

"The SP too was suspended owing to lack of proper handling of the probe in the alleged gang-rape case and not in the (cremation issue)," the government counsel said.

The bench noted that it had asked the state if it was right to retain Mr Kumar in Hathras for maintaining impartiality and transparency, adding that the state had assured the court to do the needful in the matter.

Additional Advocate General VK Sahi told the bench that the state government's affidavit contained a draft of the guidelines to be followed in Hathras-like situations as far as cremations were concerned.