However trolls soon hijacked the Twitter thread, with most of them using derogatory language against Akshay Kumar for holding a Canadian passport. 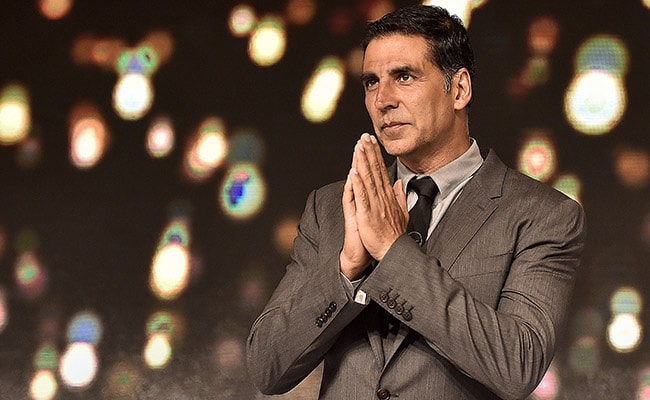 Twitter users and online trolls raked up Bollywood actor Akshay Kumar's Canadian citizenship after he tweeted today saying Mumbai's municipal body would accept suggestions and grievances on the micro-blogging site. The Brihanmumbai Municipal Corporation or BMC had earlier last month re-activated its Twitter handle just before the onset of the Mumbai monsoon which leads to several problems for citizens every year, including massive waterlogging and huge traffic jams.

"The BMC is now on twitter as @mybmc, you can now tweet your suggestions/ grievances to BMC directly and get them addressed. Try it now to make your voice heard directly," tweeted Mr Kumar.

Trolls soon hijacked the Twitter thread, with most of them using derogatory language against the actor for holding a Canadian passport.

"Jai Canada" wrote one user, tweeting a manipulated photo showing the actor wearing a jacket with the Canadian flag on it.

Another user tweeted a photo of Mr Kumar and likened him to Lord Voldemort, the antagonist from the immensely popular Harry Potter books and movie franchise.

Mr Kumar had earlier broken his silence over the issue of his citizenship, saying there was "unwarranted interest and negativity". He had also said the issue was "personal and of no consequence to others".

"It is also equally true that I have not visited Canada in the last seven years. I work in India, and pay all my taxes in India," he wrote.

"While all these years, I have never needed to prove my love for India to anyone, I find it disappointing that my citizenship issue is constantly dragged into needless controversy, a matter that is personal, legal, non-political, and of no consequence to others," Mr Kumar had said.