Akhilesh Yadav Better For Chief Minister Than Me: Sheila Dikshit To NDTV

Uttar Pradesh elections 2017: Sheila Dikshit says she would be happy to step aside for Akhilesh Yadav

New Delhi: Sheila Dikshit, the 78-year-old picked as the Congress' presumptive Chief Minister for Uttar Pradesh, told NDTV today that Akhilesh Yadav, as "a young person" would be more suitable to head the government if her party allies with him, a prospect seen as work-in-progress in the changing political landscape of India's most populous state.

"If this happens," she said, of the alliance, "I would like a young person to be the Chief Minister of UP. ...I would like to step aside, that would be the correct thing to do." When asked if she believes Akhilesh Yadav would make a better Chief Minister, she said, "Of course, certainly, yes he's young, he's got five years' experience, if this gatbandhan comes around, if we get together, if the choice is between him and me, I would rather have him there than me, that is if this happens."

Her favourable assessment of the incumbent Uttar Pradesh Chief Minister, more than 30 years her junior, was accompanied by the caveat that she has not been consulted or informed about a possible collaboration.

Ms Dikshit was forced out of retirement by her party and named its choice for Chief Minister in July last year. Akhilesh Yadav is currently trying to close out a meta confrontation with his father, Mulayam Singh, for control of their Samajwadi Party. 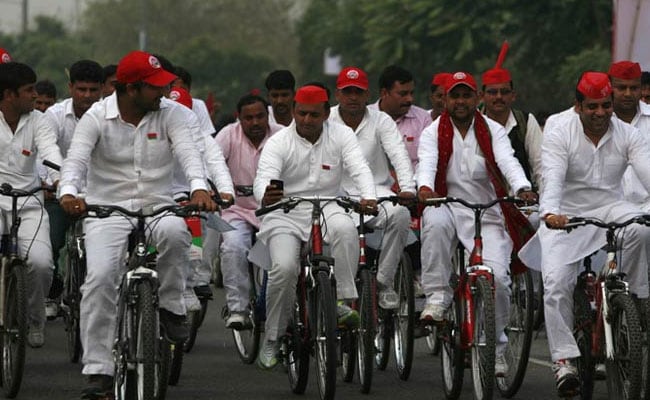 Akhilesh Yadav has said an alliance with Congress will be beneficial.

Though the Yadavs met yesterday to discuss how to prevent their party from splitting, no solution was engineered. In an indicator of how they expect things to play out, both leaders have filed competing claims for use of the Samajwadi symbol of the cycle in the Uttar Pradesh election that will begin on February 11 and end on March 8, with counting of votes three days later.

Promoted
Listen to the latest songs, only on JioSaavn.com
With the Yadavs demonstrating no fatigue factor in their feud, the Congress is, according to sources, priming itself for a partnership with Akhilesh Yadav's faction, which has proven itself as far larger than his father's. At a weekend conference called by Akhilesh Yadav and forbidden by Mulayam Singh, thousands of party workers showed up and facilitated his replacing Mulayam Singh as Samajwadi President.

Akhilesh Yadav, whose rapport with Congress boss Rahul Gandhi is well-established, has on record said that he believes an alliance with the Congress would see them together winning close to 330 of Uttar Pradesh's 403 seats. His father's dismissal of that suggestion is one of the main reasons for their melodramatic estrangement. Another is the exclusion of Akhilesh Yadav from the process of selecting and naming the Samajwadi Party's candidates.

At Key Congress Meet Today, A Decision On Elections For New Chief