Earlier in the day, Mayawati declared her party in the future will contest all elections "small and big" on its own, ending the Bahujan Samaj Party-Samajwadi Party alliance forged for the Lok Sabha polls. 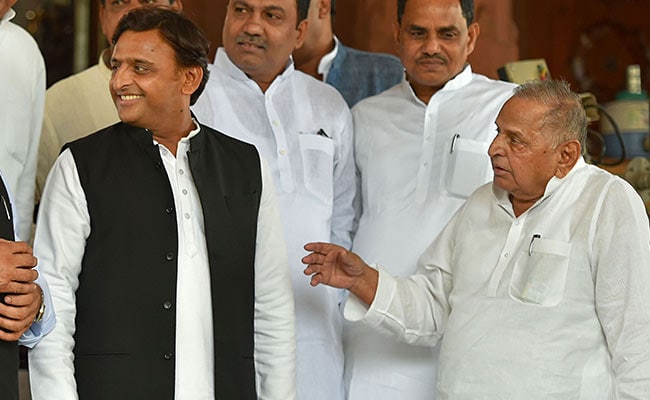 Hours after Mayawati announced her plans of going solo in all future elections thus ending the SP-BSP alliance, the BJP took a swipe at Akhilesh Yadav, saying he has been "punished" by the BSP chief as he "betrayed" his father and uncle for power.

Uttar Pradesh BJP spokesperson Harish Srivastava said the SP-BSP alliance was an opportunistic coming together of the two parties just for the Lok Sabha polls.

"BSP chief Mayawati sought votes from the Dalits and marginalised them. She cannot think about anyone beyond her family. Her history is full of betrayals. On the other hand, Akhilesh Yadav had termed corruption and nepotism as socialism. He should have thought 100 times before joining hands with Mayawati for opportunistic and selfish politics," Mr Srivastava said in a statement.

He said the BJP "saved" Mayawati's life and honour, established her in politics and made her chief minister. But she has been "disloyal to the BJP...how can she be loyal to the SP?"

The English proverb ''as you sow so shall you reap'' appropriately captures the goings-on in the state politics, he claimed.

"For power, Akhilesh Yadav betrayed his father Mulayam Singh Yadav and uncle Shivpal Singh Yadav. Now he has been punished by Mayawati's betrayal," he said.

Earlier in the day, Mayawati declared her party in the future will contest all elections "small and big" on its own, ending the Bahujan Samaj Party-Samajwadi Party alliance forged for the Lok Sabha polls.

The BSP chief, known to have made and broken many an alliance in her political journey, said her party had adhered to the ''gathbandhan'' dharma in the interest of the country but was now forced to do a rethink.