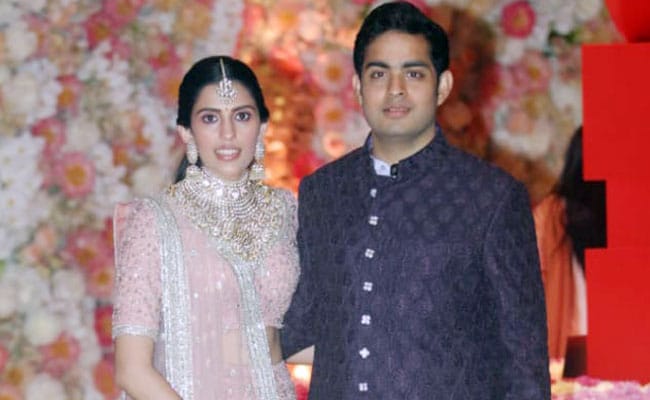 Akash Ambani and Shloka Mehta are set to get married in December this year.

It was nothing short of a red carpet event at Akash Ambani and Shloka Mehta's pre-engagement party, hosted by the Ambanis - Mukesh Ambani and Nita Ambani. The star-studded event saw celebrities from the film industry and the cricket superstar, Sachin Tendulkar. The glam affair took place at their 27-storey south Mumbai residence - Antilia.

Earlier this month, the Ambani's had announced the engagement party for Akash Ambani and his financee with an invite that came with a minute-long montage video of the couple, set to a popular Bollywood song which was sent on behalf of Mukesh Ambani, Nita Ambani and Akash Ambani's siblings Isha Ambani and Anant Ambani. 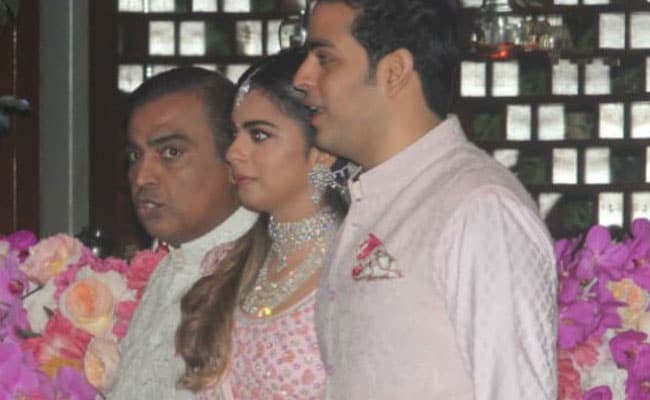 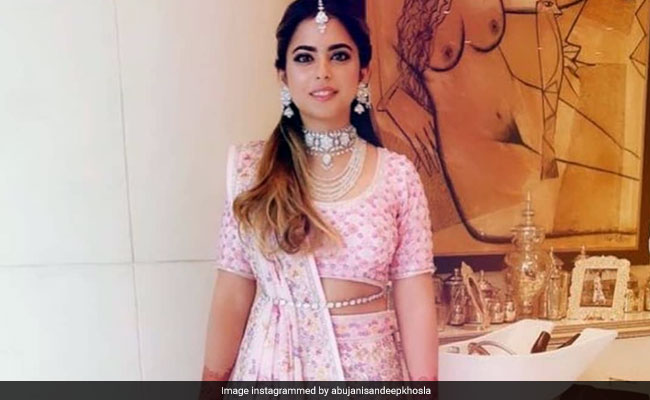 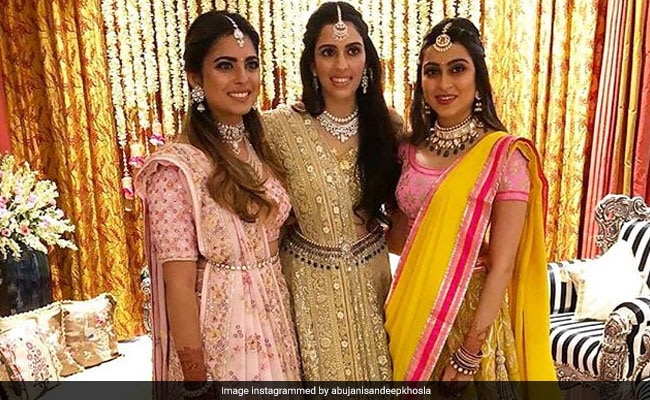 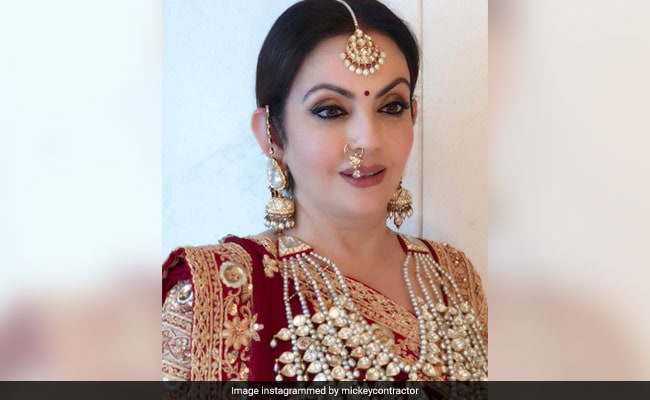 Nita Ambani behind the screens, wearing a sari by Abu Jani Sandeep Khosla just like her daughter Isha Ambani 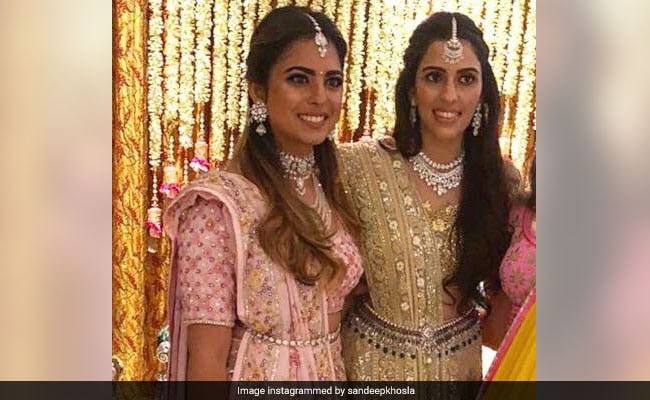 In a video posted on Twitter by news agency ANI, Isha Ambani is seen performing a ritual with the soon-to-be-wed couple Akash Ambani and Shloka Mehta facing her. The video also shows Nita Ambani, dressed in a maroon saree decked up with jewelry.

#Watch: Inside visuals from Akash Ambani and Shloka Mehta's pre- engagement function which was held in Mumbai, earlier today. pic.twitter.com/YYu2DoFBDh

The line-up of guests closely resembled that of the engagement party in March with the addition of Priyanka Chopra making an entry with the man she is believed to be dating, Nick Jonas. 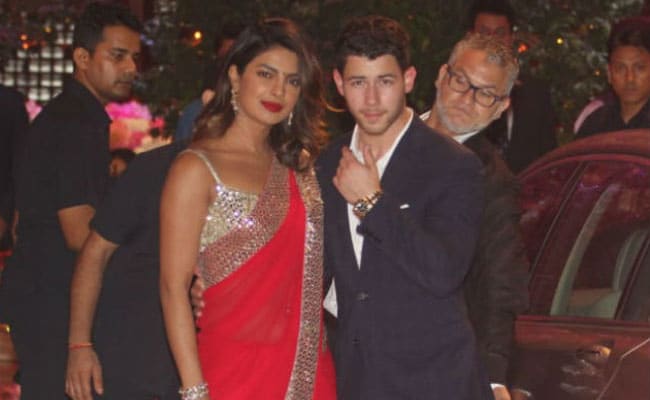 Priyanka Chopra in bright red sari from studios of Abu Jani and Sandeep Khosla. Nick Jonas complemented her in a blue suit 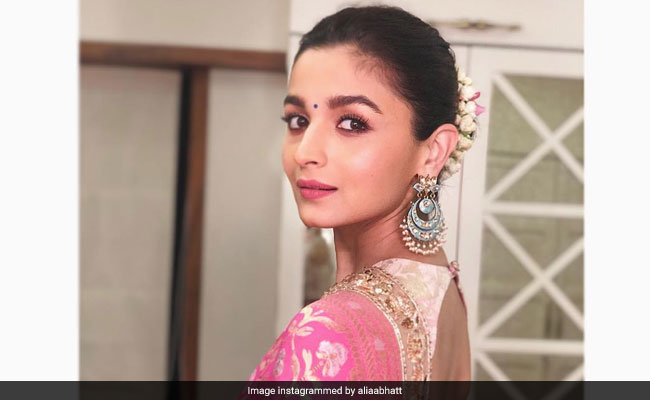 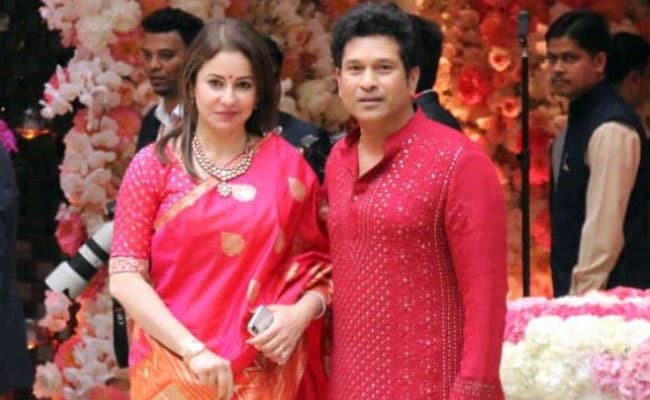 Sachin Tendulkar along with his wife Anjali 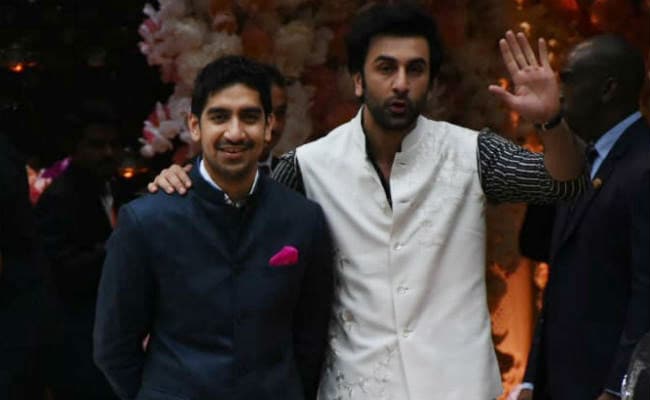 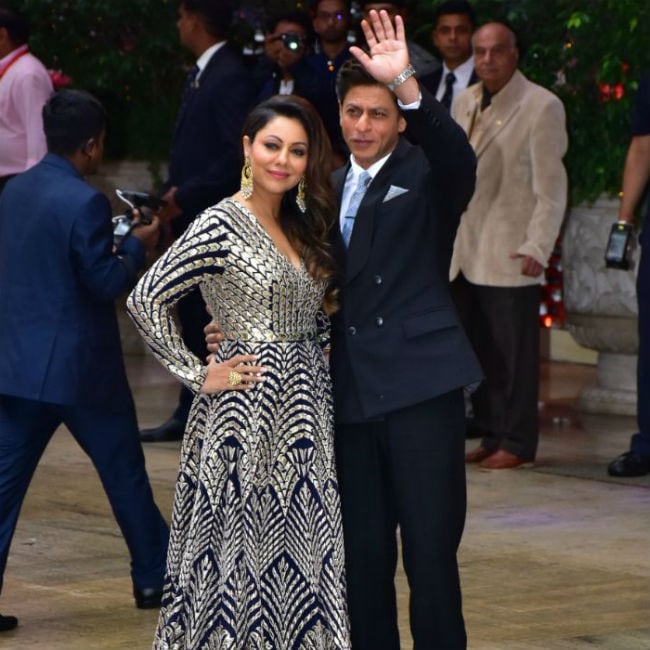 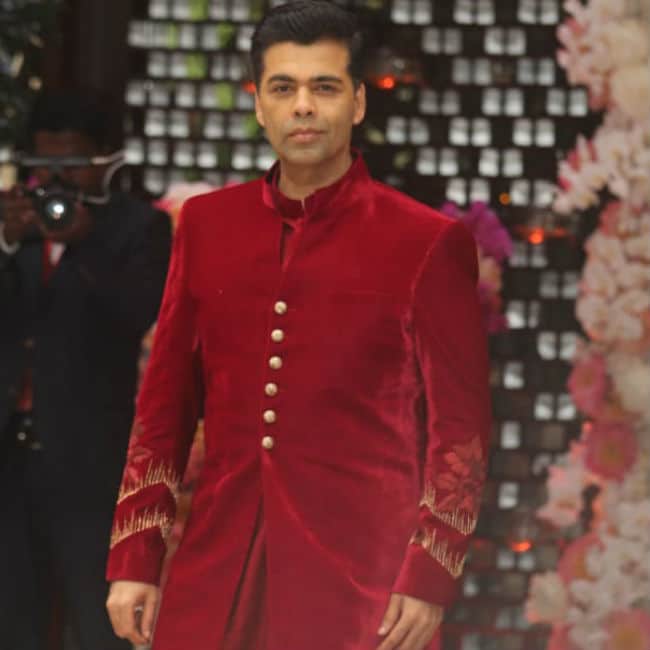 Last evening, a mehendi ceremony was hosted at the Ambani residence for Akash and Shloka. 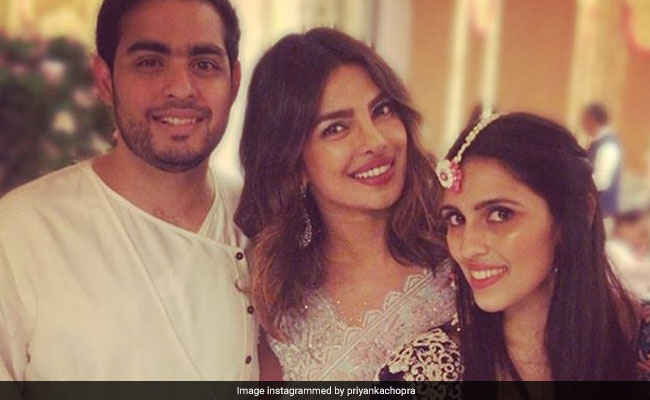 The Ambanis first announced the engagement of Akash Ambani and his childhood friend, Shloka Mehta, daughter of diamantaire Russell Mehta in March this year. The two had exchanged rings at a ceremony in a resort in Goa in the presence of family and close friends. Soon after the engagement, the family threw a star-studded bash at their residence.

The big wedding between the two is expected be held in December this year. Shloka and Akash have been long time friends and even studied together at the Dhirubhai Ambani International School in Mumbai's BKC.

Isha Ambani is reportedly close to her soon to be sister-in-law, Shloka Mehta. At Akash Ambani's engagement party, Isha had said that Shloka has always been a part of their family and that the engagement just "officialised" the fact that they were sisters.