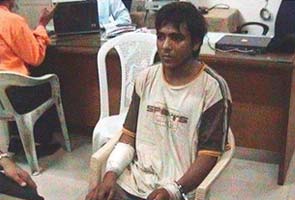 Mumbai: Wednesday appears to be a day of significance in the life of Ajmal Kasab, who was hanged on Wednesday.

It was on a Wednesday that the Pakistani gunman had entered Mumbai along with his nine other Lashker-e-Taiba(LeT) terrorists to carry out the deadly attack.

25-year-old Kasab, the lone surviving gunman in the Mumbai attack, was hanged today--a Wednesday--at 7.30 am at Yerwada central jail in prison.

The rubber-inflated boat carrying Kasab and his nine accomplices had arrived at Kolivada colony in Colaba on the evening of November 26, 2008 from where they unleashed a wave of attacks during a 60-hour siege killing 166 people. (Read: The terrorist caught alive on 26/11)

Kasab was arrested by Mumbai police at Marine Drive on the same night.

Cine star Anupam Kher, whose performance in "A Wednesday"--a movie dealing with the terrorism subject-has been widely appreciated also saw tweets from his fans.

Promoted
Listen to the latest songs, only on JioSaavn.com
"What co-incidence, Ajmal Kasab hanged on Wednesday and your movie 'A Wednesday' dealing on the same topic!" said a Twitter post.