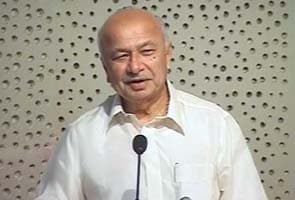 "Pakistan has been informed about Kasab's hanging. We would have considered Pakistan's request for Kasab's body. However, there is no demand for his body yet."

Kasab's body will be kept for his family to claim it, Mr Shinde told reporters after the hanging.

"If they don't then we will follow due procedure," he added.

"The President rejected Kasab's mercy petition on November 5. I had further forwarded it to the Maharashtra government on November 8," Mr Shinde added.

Promoted
Listen to the latest songs, only on JioSaavn.com
Kasab, who was hanged at Pune's Yerawada Jail on Wednesday morning, was amongst the 10 Pakistani terrorists who sneaked into Mumbai on the night of Nov 26, 2008. The November 26-29, 2008 terror siege had killed 166 people and injured 300.