Ajith's Vivegam Gets A Release Date. Here's How Long You Have To Wait

Ajith's Vivegam is expected to release on August 10 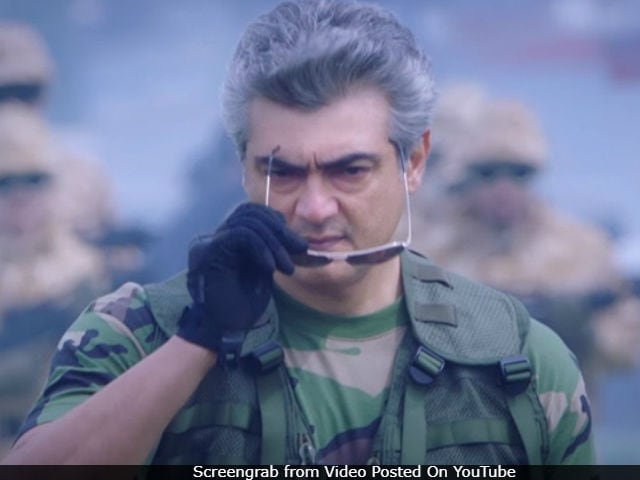 New Delhi: Tamil star Ajith's forthcoming film Vivegam is one of the most-anticipated releases of the year. The teaser and the songs of the film easily became one of the top trends on the Internet when they released. Finally, the release date of Vivegam has been revealed. The film is expected to hit the theatres on August 10, trade analyst Ramesh Bala tweeted. Vivegam, currently in post-production stage, also stars Vivek Oberoi, Kajal Aggarwal and Akshara Haasan. Ajith features as a special agent of Counter Terror Squad. "Team #Vivegam is working day & night to complete post-production on time.. VIVEGAM FEST IN 1 MONTH is confirmed for August 10th release," Mr Bala tweeted.

Vivegam teaser, which was released earlier in May, went viral within just two days of its release. It was watched over 70 lakh times.


Vivegam has been filmed across Europe and the last schedule was shot in Bulgaria. The film marks Vivek Oberoi's debut in Tamil industry. His plays the prime antagonist Maximillian Lukas. Vivegam is purely an action-thriller, with some Hollywood-like shots. Vivegam is produced by Sathya Jyothi Films and music is composed by Anirudh Ravichander.

Promoted
Listen to the latest songs, only on JioSaavn.com
It is Ajith's third film with director Siva. They have previously worked together in Veeram and Vedhalam.