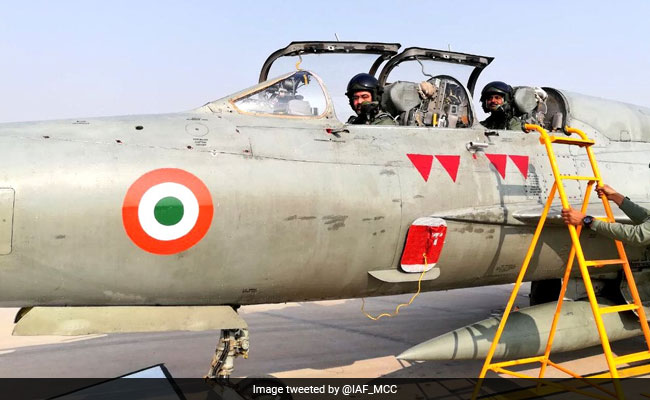 New Delhi: Chief of the Air Staff Air Chief Marshal BS Dhanoa today flew the last sortie of the 'Hawkeyes', bringing a glorious end to the reign of the T-96 aircraft, according to an official statement.

He is on a three-day visit to Air Force Station Nal in Rajasthan, one of the premier air bases operating the MiG-21 aircraft, from December 28.

"Chief of the Air Staff...flew the last sortie of the 'Hawkeyes' thus bringing a glorious end to the reign of the T-96 aircraft, with the Squadron," the Defence Ministry said in a statement.

During the course of his visit, he addressed and interacted with the personnel of the station.

"During his address he emphasised on the importance of aerospace safety, its various aspects and stressed on the physical security of the base. The Chief congratulated and conveyed his best wishes to all personnel and their families for the New Year," it said.

(Except for the headline, this story has not been edited by NDTV staff and is published from a syndicated feed.)
Comments
Air Staff Air Chief MarshalAir Chief Marshal BS DhanoaHawkeyes