The visit by Gen Mille came amid an 18-day military exercise between the Indian and French air forces in Jodhpur. 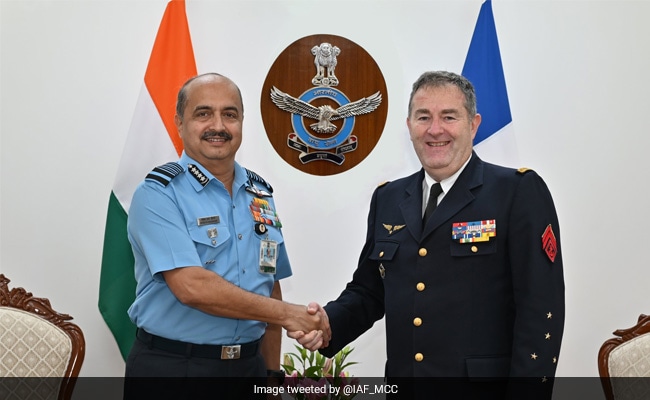 The top-ranking French military official is on a visit to India.

It is learnt that the overall situation in the Indo-Pacific as well as the Indian Ocean Region figured in the talks between Air Chief Marshal Chaudhari and Gen Mille.

The visit by Gen Mille came amid an 18-day military exercise between the Indian and French air forces in Jodhpur.

The military cooperation between India and France has witnessed a major expansion in the last few years.

In August, a French Air and Space Force contingent, including three Rafale jets, made a strategically crucial stopover at the IAF's Sulur base in Tamil Nadu as part of a mega military operation it carried out in the Pacific Ocean.

The Indian and French navies in April last year too carried out a mega wargame in the Arabian Sea. The French Navy deployed its nuclear-powered aircraft carrier Charles de Gaulle, and its entire carrier strike group in that exercise, reflecting growing congruence in naval ties.