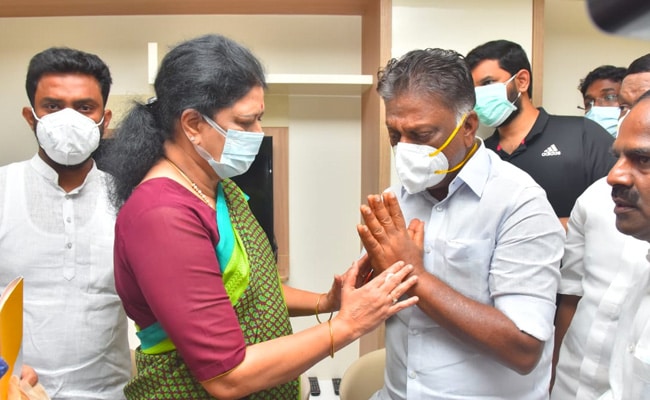 "Mrs Vijayalakshmi was being treated over the last ten days. She was scheduled to be discharged today. She suffered severe cardiac arrest at 5 am. Despite treatment by specialist doctors, we regret to inform she died around 6:45 am," read a statement from Gem Hospitals, where she was being treated.

VK Sasikala, expelled AIADMK leader and a close aide of late Chief Minister J Jayalalithaa, met OPS and condoled his wife's death. It was their first meeting in four years after OPS had rebelled against her.

The couple has two sons. Their elder son Raveendranath is an MP from Theni seat while younger son Jayapradeep runs an NGO.