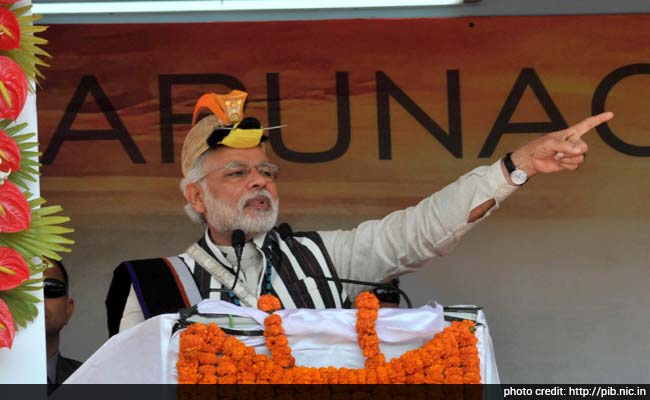 PM Modi addresses a rally in Itanagar on February 20

Ahead of Prime Minister Narendra Modi's trip to Beijing next month,  China has described the "huge dispute" Arunachal Pradesh as an "undeniable fact."

"There is a huge dispute in the eastern border of China-India border. This is an undeniable fact," said a spokesperson for the Chinese Foreign Ministry today.

In February, China issued a strongly-worded statement and lodged an official protest against PM Modi's visit to Arunachal Pradesh.

Last year, Chinese President Xi Jinping's visit to India for talks with Mr Modi was overshadowed by a massive stand-off between Chinese and Indian troops in Ladakh. Both leaders vowed to work together to resolve the border row that has defied a solution after 18 rounds of high level talks over the last decade, the most recent of which was held late last month in Delhi. Ajit Doval, the National Security Advisor, led the negotiations for India.