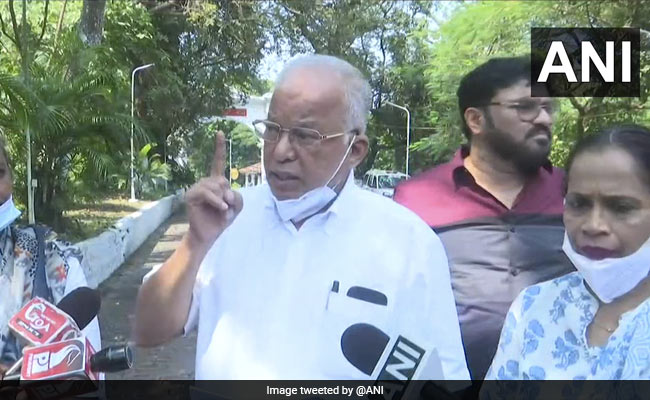 Luizinho Faleiro said a memorandum was submitted to the Goa Governor.

Two days before Bengal Chief Minister Mamata Banerjee's Goa visit to kick off the Trinamool Congress campaign for the 2022 assembly polls, the party hiked pressure on the state's BJP government, submitting a memorandum to Governor and demanding the resignation of Chief Minister Pramod Sawant over allegations of corruption.

"The BJP government must release a white paper on the purchases and expenditure made by the government during the COVID-19 pandemic. These are serious allegations and cannot be taken lightly," Mr Faleiro said, a demand echoed by former Union Minister Babul Supriyo.

A second memorandum to the Governor demanded an independent, fair probe in the Siddhi Naik case. The 19-year-old girl was found dead on a beach in North Goa on August 12.

Police claims that it was a case of suicide have been questioned by several quarters.

Trinamool leaders met the family and have promised to pursue the matter with authorities. In its memorandum to the Governor, it demanded a CBI probe into the case and strict action against police officials who allegedly botched up the investigation.

"It is a murder of democracy. The case should be reinvestigated and handed over to the CBI," said Mr Faleiro.

The TMC delegation also strongly condemned the vandalism carried out allegedly by BJP workers who defaced posters and banners of Mamata Banerjee and Trinamool Congress in the state. "It is shameful that this happened on the eve of Mamata Banerjee's visit to Goa. This should not have happened. We must maintain decorum in and decency in our conduct. Clearly, the BJP is nervous & rattled, perhaps for the right reasons."