Over Rs 1,400 Crore Cash, Liquor And Drugs Seized By Poll Body Across States 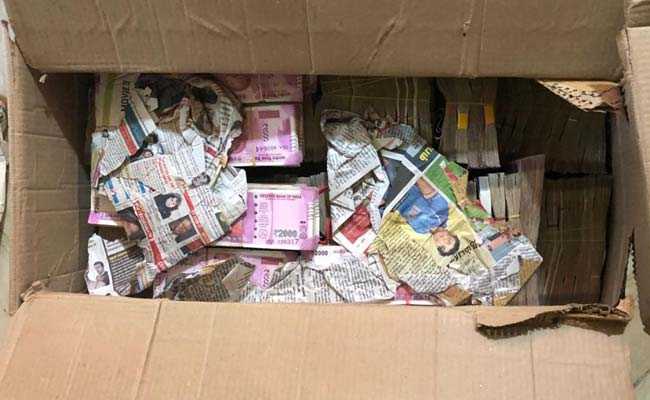 Suspect cash, illegal liquor and drugs valued at over Rs 1,460 crore have been seized from across the country since parliamentary election schedule was announced by the Election Commission, an official data said on Monday.

Gujarat recorded the maximum seizure of these illegal inducements at Rs 509 crore. A recent seizure of 100 kg drugs off the Gujarat coast, worth an estimated Rs 500 crore, is the single largest contributor to the state's tally of seizures vis-a-vis the poll surveillance.

This was followed by seizure of illegal inducements, suspected to have been routed and used to bribe voters, from Tamil Nadu at Rs 208.55 crore.

An Election Commission official said the total progressive value of seized items was Rs 1,460.02 crore as on April 1.

The Election Commission declared dates for the Lok Sabha polls on March 10 and as per data, a total of Rs 340.78 crore suspect cash, Rs 143.84 crore worth of liquor, drugs valued at Rs 692.64 crore, gold and other precious metals worth Rs 255.93 crore and other freebies of Rs 26.84 crore have been seized, the EC data for all the states for the general elections said.

The EC has deployed hundreds of general observers, expenditure observers and static and mobile surveillance teams in the country to keep a check on flow of black money and other illegal gratification so that the level playing field of holding fair polls is not disturbed.
The seven phase polls will begin from April 11 and the counting of votes will take place on May 23.