Chandrayaan 2 landing: The mission, which seeks to make soft-landing on the unexplored Lunar south pole, is an important milestone in India's space journey. 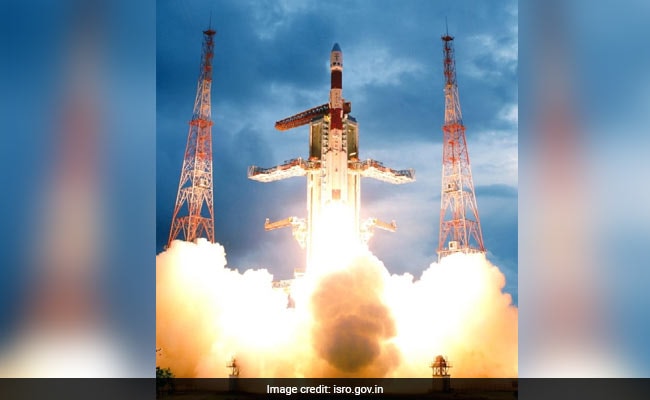 Chandrayaan 1, launched in 2008, had scripted history by making more than 3,400 orbits around the Moon

As ISRO waits with bated breath for the soft-landing of Chandrayaan 2's 'Vikram' lander on the Moon in the early hours of Saturday, a top space scientist recalled his "nail-biting" experience during the launch of India's first lunar mission more than a decade ago.

On the day of the Chandrayaan-1's launch in 2008, the Indian Space Research Organisation (ISRO) faced a "very tough situation" as it had a very short launch window and the weather was "very, very bad", Dr. M Annadurai, the Project Director of the successful mission, said.

"We were running against time, that was the last date to take off, we had some technical issues to set right and weather was very, very bad at Sriharikota spaceport."

"Everybody was anxious, luckily for half-an hour, weather cleared but after that there were thunder-storms; launch time was a real nail-biting moment", Dr Annadurai, also the Programme Director of the 'Mangalyaan Mission' (Mars Orbiter Mission), launched in 2013, told news agency Press Trust of India on Thursday.

Now Chairman of the National Design and Research Forum, he termed the present Chandrayaan 2 mission, which seeks to make soft-landing of Vikram on the unexplored Lunar south pole, as another milestone in India's space journey.

"...whatever we started is getting carried forward, another milestone for Indian space journey, we are not falling behind, we are taking lead and going ahead in the international arena. That way, it's a satisfying moment", Mr Annadurai said.

He said missions such as Chandrayaan 1, Chandrayaan 2 and Mangalyaan were also aimed at enthusing the young generation to pursue basic science and further develop Indian aerospace industry.

The success of such missions enhanced India's reputation in managing them and makes its case in any future collaborative planetary ventures much better in the international arena, the scientist added.

Chandrayaan 1 scripted history by making more than 3,400 orbits around the Moon and was operational for 312 days till August 29, 2009.

According to ISRO, the mission conclusively established traces of water on the moon, making a path-breaking discovery.

Chandrayaan 1 also discovered water ice in the North polar region besides detecting magnesium, aluminium and silicon on the lunar surface while global imaging of the moon was another achievement of the mission.

I'm For Facebook, No, Wait, You Are: Kapil Sibal-Mukul Rohatgi Banter