Agreement Signed For Development Projects Worth Rs 100 Crore At Badrinath

Tourism Minister Satpal Maharaj said Badrinath dham is important not just from the religious point of view but also financially as it gives employment to thousands of people. 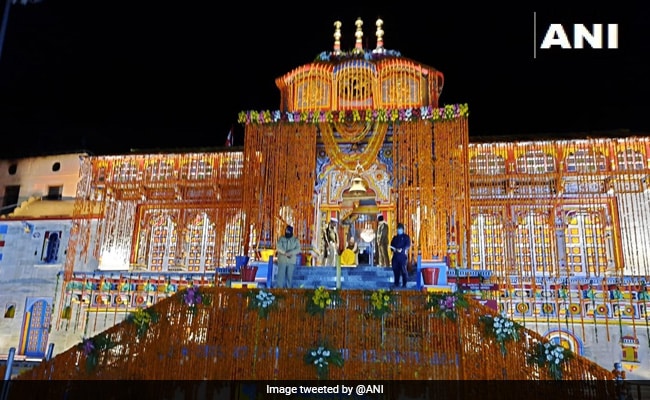 Badrinath will be developed as a smart spiritual township, government said (File)

An agreement for projects worth Rs 100 crore was signed on Thursday between Shri Kedarnath Utthan Charitable Trust and the PSUs of the Ministry of Petroleum and Natural Gas to develop Badrinath as a spiritual township.

Addressing the programme organised virtually, Union Petroleum Minister Dharmendra Pradhan said the four Himalayan temples (chardham) of Uttarakhand are major pilgrimage centres and the makeover of Badrinath is a commitment of the oil companies.

Badrinath will be developed as a smart spiritual township in accordance with the vision of Prime Minister Narendra Modi, he said. Some works will also be done in Gangotri and Yamunotri in the coming times on the lines of what is being done in Kedarnath and Badrinath, the Union minister said.

Speaking on the occasion, Chief Minister Rawat said reconstruction works which were started in Kedarnath under the guidance of prime minister after the 2013 natural disaster are in their final stages.

On the lines of Kedarnath, the Prime Minister also decided to give a makeover to Badrinath where facilities are to be developed gradually over an area spread over 85 hectares keeping in mind requirements for the next 100 years.

Highlighting steps being taken by the state government to boost facilities in Badrinath, Mr Rawat said the makeover of Badrinath township is a commitment.

Tourism Minister Satpal Maharaj said Badrinath dham is important not just from the religious point of view but also financially as it gives employment to thousands of people.

He said reconstruction work in Badrinath must be carried out without causing any harm to the environment.