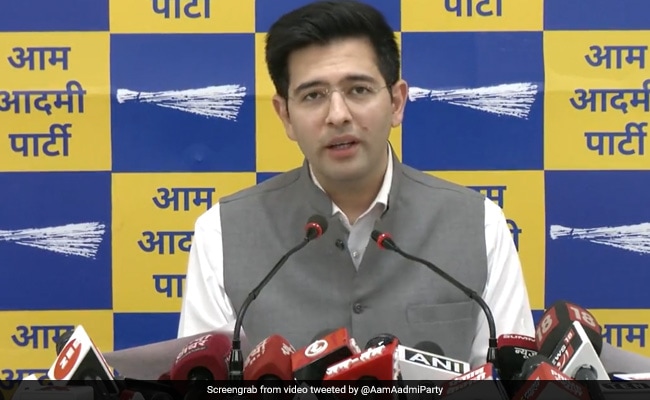 The letter, which comes amid widespread protests against the new recruitment plan, stated that it has caused "great anguish" among aspirants and dashed their hopes.

"As an institution, the Indian Armed Forces have been a beacon of hope representing the highest standards of professionalism, service, long standing tradition and ethos. However, this recent modification to the basic structure of the army has justifiably caused great anguish among potential recruits from across the country. The hopes and dreams of many young aspirants have been stifled by the controversial 'contractualization' of the Armed Forces," the Rajya Sabha MP wrote.

Mr Chadha highlighted five issues in his letter. He said the country needs "jawans with peace of mind and job security", stressing that a jawan busy wondering what to do after our years of service "will find it harder to serve the country".

He added that the government's financial obligations towards the defence pension bill "should not be offset by sacrificing the job security of our jawans".

The 'Agnipath' scheme, he said, "negates regimental honour and erodes the quality of our troops" and stressed that it is the "ethos of the regiment that keep jawans united".

The Rajya Sabha MP also said that the new plan was implemented without any pilot scheme. "Such pilot schemes, preferably outside of the Armed Forces would have provided an opportunity to deliberate before deciding. A a consultative exercise could have followed thereafter to avoid national embarassment and despair among the youth," he said.

"...I implore you to roll-back the Agnipath scheme, to stop this 'trial by fire' of the youth of the country," he wrote.