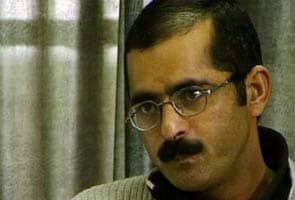 New Delhi: 2001 Parliament attack convict Afzal Guru, who was hanged this morning, walked to the gallows in a peaceful and composed frame of mind.

"He was very peaceful and calm during the final moments. He looked very composed," a top Tihar Jail official told PTI.

The official said Afzal Guru's family was informed about the execution.

Afzal Guru spent nearly eight years on death row in the Tihar Jail. He was convicted in the attack on Parliament in 2001.

Promoted
Listen to the latest songs, only on JioSaavn.com
The mercy plea of 43-year-old Afzal Guru, who was sentenced to death in 2002 by a special court and later upheld by the Supreme Court in 2004, was rejected by President Pranab Mukherjee a few days back, Rashtrapati Bhavan spokesperson Venu Rajamony said.