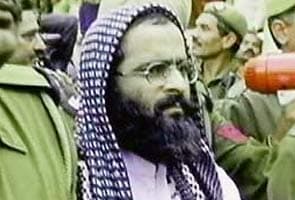 New Delhi: Afzal Guru, convicted for his role in the attack on Parliament in 2001, has been executed at about 8 this morning at Delhi's Tihar Jail.

The Home Ministry had recommended the death sentence for Guru on January 23, sources said, and President Pranab Mukherjee rejected his mercy petition a few days ago, clearing the way for his hanging.

Nine years ago, in 2004, Afzal Guru was given the death sentence by the Supreme Court. The sentence was scheduled to be carried out on October 20, 2006, but was stayed after his wife filed the mercy petition, which had been pending with the President's office since.

The main opposition party, the BJP, has for long questioned the delay in the execution of Guru. Senior Congress leaders like Digvijaya Singh too said that a decision must come soon. But activists and political groups in Kashmir have argued that Guru was not given a fair trial. There have been many requests that his death sentence be commuted.

Afzal Guru is from Sopore in Kashmir and curfew has been imposed there and in other major towns in the valley, including Srinagar, just 35 kms away.  The army is on high-alert.

Separatist groups in Kashmir have earlier warned against Guru's execution and Chief Minister Omar Abdullah has repeatedly stressed that it could have serious repercussions in his state. Mr Abdullah is in Delhi and is leaving for Srinagar immediately.

In December 2001, five heavily-armed terrorists drove into the Parliament complex and opened fire. Nine people were killed, most of them members of the security forces. All the terrorists were shot dead.

Both Houses of Parliament had just been adjourned and many MPs and ministers, including then Deputy Prime Minister LK Advani were still inside.

Promoted
Listen to the latest songs, only on JioSaavn.com
In November last year, Ajmal Kasab, the terrorist from Pakistan who was caught during the 26/11 attacks in Mumbai, was executed in a Pune jail.