Besides sending directives to police stations in the districts, the administration has also asked educational institutes to keep a tab on the behavioural pattern of students, an official said. 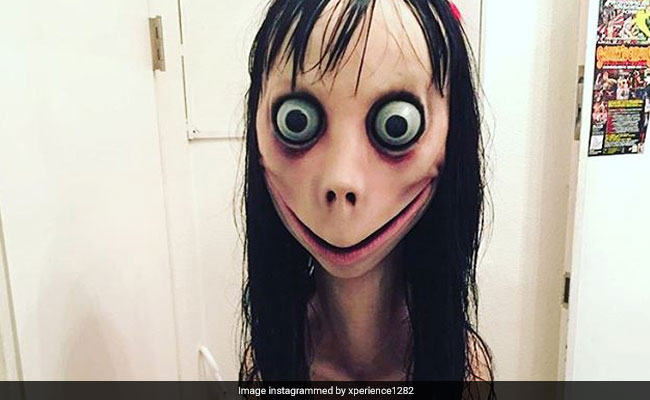 Besides sending directives to police stations in the districts, the administration has also asked educational institutes to keep a tab on the behavioural pattern of students, an official told PTI.

"It (Momo challenge) is growing everyday. After the Blue Whale challenge, now we are facing this killer Momo Game Challenge. Links of this 'game' is getting circulated mostly through WhatsApp. We have alerted officials in the district to keep a tab on this matter," he said.

The killer 'game' features a creepy image of a girl with distorted face and eyes bulging out called the "Mother Bird by Link Factory".

It is alleged that the Momo Challenge has claimed lives of two persons at Kurseong in Darjeeling district -- Manish Sarki (18) on August 20 and Aditi Goyal (26) the next day.

Police suspect that both of them were into the online killer game which led them to take the ultimate step.

"It is a growing menace and we are getting reports of an increasing number of people, mostly youths, getting invitation on their WhatsApp from unidentified numbers to play the 'game'," the official said.

Preliminary investigation has revealed that people who have shown the slightest of sign of depression or a desire to commit suicide were targeted, he said.

On August 21, Jalpaiguri resident Kabita Rai received an invitation to "play" the "death game", following which she had lodged a police complaint, the official said, adding a college student from the district was detained in connection with the complaint.

Another woman, an IT professional and a mother of an eight-year-old boy, in the state capital received a similar invitation, following which she approached the Kolkata Police cyber cell.

"I chose not to reply to the invitation as advised by one of my friends. On Thursday night I found the invitation on my WhatsApp. I knew about the 'game' and because I have a kid I was scared," Rajashree Upadhyay said.

The official said till date, most of the complaints were reported from Jalpaiguri, Kurseong, West Midnapore districts, and it was only last week that one was reported from Kolkata.

"We have sought help from cyber experts on how to tackle the menace. A list of dos and don'ts have been shortlisted and sent for distribution in all districts to create awareness among people," he said.

Cyber expert Sandeep Sengupta, the managing director of the Indian School of Ethical Hacking, said, "Administrators who are running the Game hack social media numbers of the players and blackmail them through other social networking sites."

"They keep a tab on the status people post on social networking sites and choose those who are showing suicidal tendency for sending them an invite to play the game."

Mr Sengupta advised people not to accept any invitation to play the "game" from any unknown number and not to click on any unidentified link.

"Frequent change of password of email accounts and other social networking sites is necessary. People must be very cautious about their posts on those sites and once they get any invitation from any particular number on their WhatsApp, they must straightaway block it," he said.

The official said once an invitation to play the killer game is received, people should immediately inform local police station.

"Parents in the northern districts as well as in other parts of the state are scared about the 'Momo Challenge'. We want them to be alert and to keep an eye on what their wards are doing while being online through their mobile phones.

"They should be stopped from playing any sort of game which has a possibility to lead them to the 'Momo Game Challenge'," he said.

Educational institutes in all districts have been sent special requests to keep a eye on the students, the official said.