BSP supremo Mayawati on Wednesday had ruled out a tie-up with the Congress in the BJP-ruled Madhya Pradesh and Rajasthan. 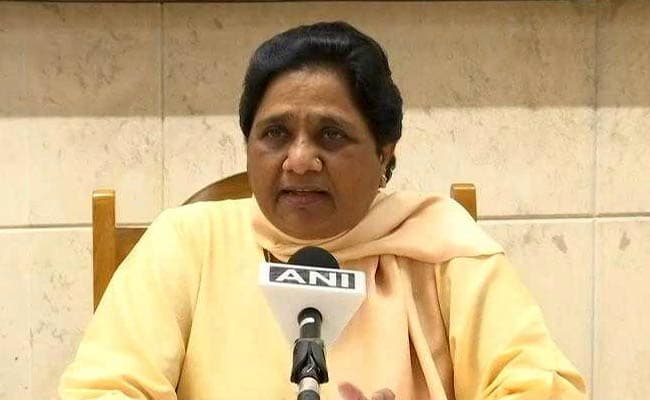 A Bahujan Samaj Party (BSP) leader said in Bhopal today that it has finalised the second list of 45 candidates for the upcoming Assembly polls in Madhya Pradesh.

BSP supremo Mayawati on Wednesday had ruled out a tie-up with the Congress in the BJP-ruled Madhya Pradesh and Rajasthan.

"We have finalised the second list of 45 candidates for MP elections. It will be announced shortly," a senior BSP leader told PTI here on condition of anonymity.

"We are going to fight all 230 seats in Madhya Pradesh with all our might. Behenji's (Mayawati's) words are final for us," Rajbhar told PTI over phone from Uttar Pradesh.

The BSP had announced its first list of 22 candidates in September.

Speaking about the failed alliance talks with the Mayawati-led party, state Congress chief Kamal Nath said Thursday that the BSP sought 50 seats where it had secured as little as 1,000, 2,000 or 5,000 votes in the last polls. It was not possible for the Congress to meet this demand.

"Had we given them these seats, neither the BSP nor the Congress would have won. The BSP did not seek the seats where its presence is strong," Mr Nath told reporters here.

"The oxygen for the Congress was BSP as Congress is devoid of strength in MP. With BSP going it solo, we are going to win over 200 seats in the state," Mr Vijaywargiya said while speaking to reporters in Dhar district.

Mayawati had said in Lucknow Wednesday even though Congress president Rahul Gandhi and his mother Sonia Gandhi appeared to favour alliance with the BSP, there were other "senior leaders" who worked to foil any possibility