Infuriated over the incident, locals started gathering in the area. Police and senior officials rushed to the village and pacified them. 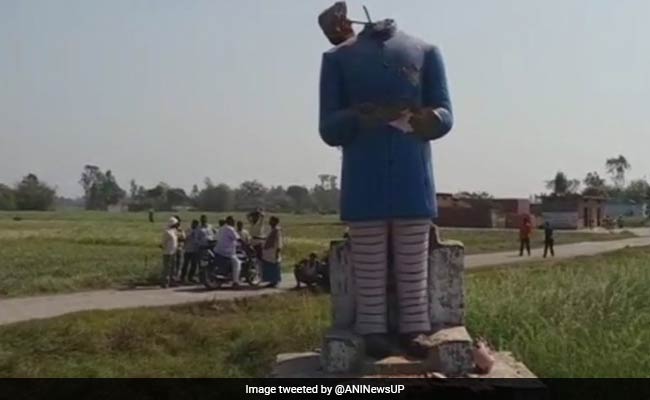 The statue of Ambedkar was installed in Rajapatti village.

Azamgarh: A statue of Dr Bhimrao Ambedkar was allegedly vandalised on Saturday in a village in Azamgarh, adding to the string of such incidents in the country targeting political icons and social reformers.

The statue of Ambedkar installed in Rajapatti village under Captanganj police station area was found vandalised this morning by the villagers who informed the police, SP, rural Narendra Pratap Singh said.

Infuriated over the incident, locals started gathering in the area. Police and senior officials rushed to the village and pacified them, the SP said.

The repair work has started and efforts are on to identify the miscreants, the SP said.

Strict action will be taken against all those found involved in the incident, the SP added.

Promoted
Listen to the latest songs, only on JioSaavn.com
This is the second incident of its kind in the state after a statue was vandalised on Wednesday in Meerut and was later replaced.