The five-day long biennial event Aero India-2019, which will showcase India's air defence prowess, will also act as a platform for aviation companies, the defence sector and government to forge new alliances and contracts. 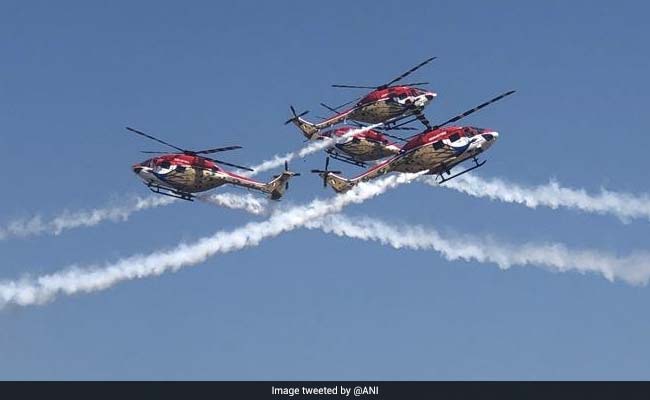 The 12th edition of Asia's premier air show 'Aero India-2019' began at Yelahanka air force station in Bengaluru today with 61 metal birds, including HAL's indigenous products Light Combat Aircraft Tejas all set to roar in the city skies. ​The five-day long biennial event, which will showcase India's air defence prowess, will also act as a platform for aviation companies, the defence sector and government to forge new alliances and contracts.

However, the death of a pilot from Indian Air Force's aerobatic team Surya Kiran during a rehersal on Tuesday has cast its shadow on the show.

Here are the Highlights from Aero India 2019 Bengaluru:

Yes! It's Rafael
Piercing through the sky with supersonic speed.

Feb 20, 2019 10:41 (IST)
Three Indian Air Force aircraft, with a Su-30MKi in lead, fly in the missing man formation (an aerial salute) at Air Force Station Yelahanka as a tribute to Wg Cdr Sahil Gandhi who died in a mid-air collision during rehearsal in a Surya Kiran Aerobatics Team's aircraft on Tuesday.
Feb 20, 2019 10:40 (IST)
The Dakota, Douglas DC - 3, at Aero India 2019 fly-past in Bengaluru. 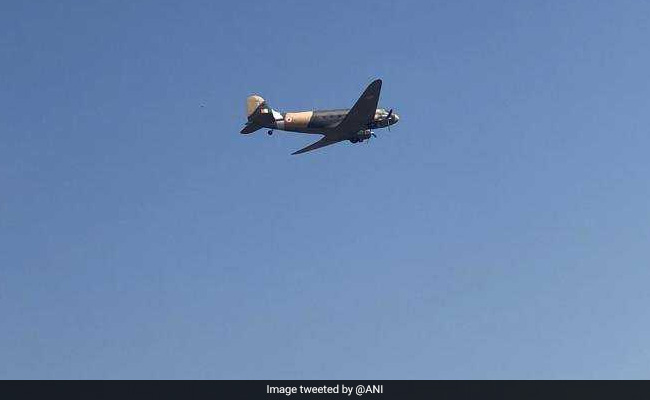 Feb 20, 2019 09:38 (IST)
Defence Minister Nirmala Sitharaman at Aero India:
"Aero India intends to put India on the global map. It will show India's prowess in defence and aviation over the years. PM Modi has repeatedly called Indian entrepreneurs to rise and help the manufacturing sector in India under the 'Make in India' campaign," she says.
"The contribution in aero-space from this part of India (Bengaluru) is very high. We have released a coffee table book which shows the achievements of young start-ups. Start-ups are making a very big difference in the aero-space industry."
"I invite all investors to capitalise on aero space and other sectors which can help manufacturing in India," she adds.
Feb 20, 2019 09:33 (IST)
India Air Force's Surya Kiran Aerobatics Team Aircraft lies with their canopies covered on runway behind the inaugural venue of Aero India 2019, according to news agency ANI. The aircraft won't participate in it due to the loss of two aircraft and one pilot in a mid-air collision during rehearsal on Tuesday.
Feb 20, 2019 09:32 (IST)
Defence Minister Nirmala Sitharaman arrives at Air Force Station, Yelahanka.

Feb 20, 2019 09:30 (IST)
"India will purchase 2,300 new air planes. We are coming up with the strategy to set up the roadmap and ecosystem to improve the manufacturing destination in India," says Union Minister Suresh Prabhu.
Feb 20, 2019 09:28 (IST)
Union Minister Suresh Prabhu, during the inauguration of the air show, sayd: "We have 103 airports and we want to build another 100 in coming years. We want to connect remote areas of the country to air,  investing 65 billion dollars. Under the Udan, scheme, we launched a program to connect 235 new destinations."
Feb 20, 2019 09:23 (IST)
"India has introduced procedural reforms in defence manufacturing. We have space for everyone including of DPSUs, private firms and others. Aero India Show is a mega event that showcases India's capabilities and strength in aerospace," says  Minister of State (MoS) for Defence Dr Subhash Bhamre at the inauguration of Aero India-2019.
Feb 20, 2019 09:17 (IST)
Ahead of the grand inauguration, two-minute silence was observed to pay tributes to the pilot who died in yesterday's crash.
Aero India-2019Bengaluru air showAero India-2019 Live